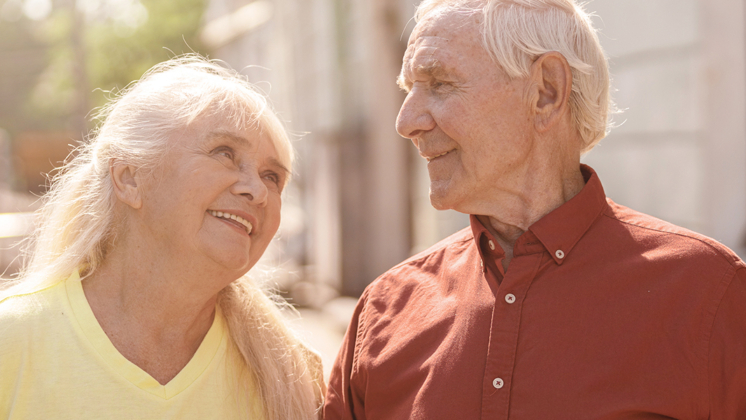 Moving to Florida when you retire is almost a cliché.

But according to a new survey from WalletHub, there are good reasons for its popularity.

For the third year in a row, Florida nabbed the No. 1 spot on WalletHub’s “Best & Worst States to Retire” list, which looked at 46 metrics to assess, among other things, each states’ affordability, access to quality healthcare, taxes, and overall quality of life.

While weather is factored into the scores—hello, year round golf—some of the top 10 picks are hardly known for their balmy climes, such as South Dakota (No. 2), New Hampshire (No. 4) and Wyoming (No. 8).

“Although those colder, more rural states might come as a surprise, they have a lot of things going for them,” says WalletHub analyst Jill Gonzalez.

Low taxes, for one. Wyoming and South Dakota don’t tax pensions or Social Security, notes Gonzalez, and they don’t have estate taxes or an inheritance tax, either.

Other states in the top 10 got a boost from a high life expectancy (Minnesota, No. 10—which ranked No. 1 when it comes to quality of life and healthcare), an ultra-low crime rate (New Hampshire), and a large number of peers aged 65+ (no surprise, Florida).

Excellent hospitals, access to public transportation and culture, and a robust job market for older workers also weighed into the mix.

While about three-quarters of older Americans say they want to “age in place,” there are plenty who seek a lower cost of living, a chance to be near family, a change of climate—or just a change of scene.

Whatever your reason, a few characteristics are a must for just about everyone: good people, good amenities, and a good chance you’ll be able to live there indefinitely on your post-retirement budget.

Finally, keep in mind that the even among the lowest-ranked states on the list, there are specific areas that might just fit the bill.

So draw up your list, then pack your bags—for a visit. “Just like checking out colleges, you have to find the right fit,” says Emily Guy Birken, author of Choose Your Retirement: Find the Right Path to Your New Adventure.

More articles on home and garden

Kentucky, for example, which comes in dead last on WalletHub’s ranking in part for low scores on health care, boasts three top hospitals in the Louisville area alone. Rounding out the bottom five: Rhode Island (No. 49), West Virginia (48), Vermont (47), and New Jersey (46).

And then, a few months later, go back again. Yes, that might mean returning to Florida in August, or South Dakota in January.

But it’ll give you a real perspective on what your life will be like year-round. Says Birken: “You want to go when it’s at its worst.”