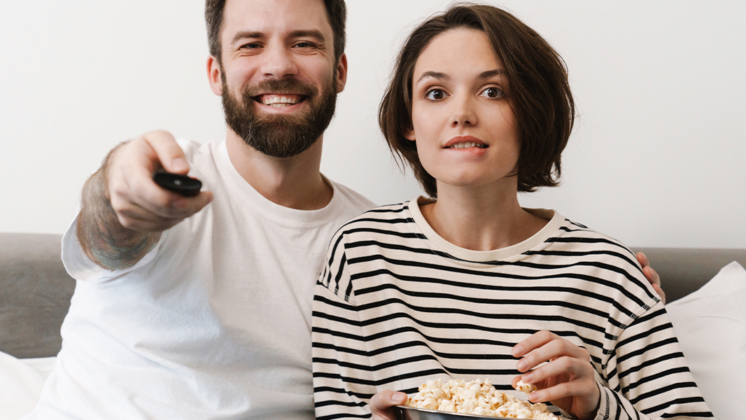 If you’ve been listening to your kids and younger colleagues brag about how much they’ve saved from dropping cable, you might be wondering whether it’s time to get in on the party.

After all, the average cable bill now tops $100 a month, and between AppleTV, Netflix and other streaming services, there’s more than enough programming out there to fill the gaps.

Millennial-aged folks have been cutting the cord in droves for a while, and older adults are now doing the same: a 2018 study estimated that there would be 33 million cord-cutters in the U.S. by the end of the year, a 33% jump from 2017.

That said, the appeal of the various subscription services is also part of the problem: the options can feel overwhelming, and if you’re not careful, you could wind up saving nothing.

Follow this guide to ditch cable the right way.

1. Take stock of your habits

Grab a recent cable bill to confirm the cost of your basic package, along with any surcharges for HBO, Showtime or other premium channels.

And don’t forget the cost of equipment—companies typically change $7 to $10 a month for each cable box you own, and $6 to $12 a month extra for the DVR.

Next, make a list of the must-see shows and channels for everyone in your household.

2. Add up the cost of the alternatives

If you barely watch any premium channels, you may be able to get by with an on-demand streaming service like Netflix or Amazon Prime. You can also download full seasons of many TV shows from Amazon or iTunes.

If you want sports and news, though, you’ll likely need to look into a subscription to a live-TV streaming service such as Sling or Hulu With Live TV.

A 2018 study estimated that there would be 33 million cord-cutters in the U.S. by the end of the year.

It’s unlikely that any one streaming service is going to give you access to all the channels, plus premiums, you had with a cable box or satellite dish (though some extra channels are available as a la carte add-ons).

Unsure how much you’ll miss some channels? These services all let you do a trial service before you buy, and before you cancel your cable.

Here are some of the top choices for value:

Sling: (two options, both about $20): Orange has about 20 channels, including prized (and pricey) ESPN. Blue has about 35 channels and replaces ESPN with Fox Sports and NBC Sports, and adds NFL Network, the regular NBC and Fox networks and Disney. Both offer CNN.

DirectTV Now ($60): Offers 60+ channels, including a full complement of well-known network and news channels, such as CNN, MSNBC and Fox News and Business.

YouTubeTV& Hulu With Live TV (both $40):These 50-plus-channel services boast the most sports for this price, including ESPN, both Fox Sports channels, and NBC and CBS Sports. YouTubeTV adds the Tennis Channel and MLB Network.

As with DirectTVNow, there’s also a full complement of network and news channels, including CNN, MSNBC and Fox News and Business. Hulu includes all the content from the company’s streaming service, too.

Keep in mind that if you’re paying for Internet as part of your cable package, you’ll need to price that out separately—and that speedy service is essential for video, especially if multiple devices in the home might be streaming at the same time.

3. Factor in the equipment

If you’re looking at an online TV service, you’ll need equipment that connects your TV set to your Wi-Fi network.

The connection options are a smart TV with Wi-Fi capability (most bigger sets in recent years have been “smart”), a wireless Blu-ray player, or a small stick that plugs into a USB port on your set ($30 to $70).

Some online services offer a free stick if you prepay for a month or two of programming. You control the stick, and the service’s guides and menus, via its remote or an app on your smartphone, many of which accept voice commands.

If you now record programming onto a cable or satellite DVR, you can forego such a device, and its fees, by choosing an online service. Nearly all the online packages, include 20 to 50 hours of DVR recording, stored offline in the company’s cloud, generally at no additional cost.

Keep in mind that when using both an online service and an antenna, you’ll need to toggle between the two.

Finally, if local broadcast channels matter to you, you may want to consider buying a new antenna.

A new digital antenna in your living room—typically costing $40 or less and resembling a small, thin mat—should allow you to receive all local network stations, including PBS (which isn’t available from streaming online services).

Keep in mind, though, that when using both an online service and an antenna, you’ll need to toggle between the two (and any other services you use, such as Netflix) by using the input button on your TV remote.

4. Negotiate with your current provider

If the cost of subscribing to various services is edging near what you currently pay for cable, you might want to stand pat. After all, staying
with your current provider will allow you to keep the channels you like without researching how else you might get them, and wrestling to master new remotes, programming guides and the like.

And there’s a good chance you could pay less for your service than you do now, especially if you’re willing to reduce your channel array. Ignore the packages and specials listed on your providers’ website and give them a call.

Choose the “cancel my service” option in the provider’s phone menu, says Barry Gross, president of the bill-negotiation service Billcutterz. That typically connects to you to different customer reps, so-called retention specialists, who may offer more alluring prices.

Make it clear that you’re thinking of cutting the cord, and ask what options exist to lower your bill. If you don’t like the answer, you can always return to Step Number One.