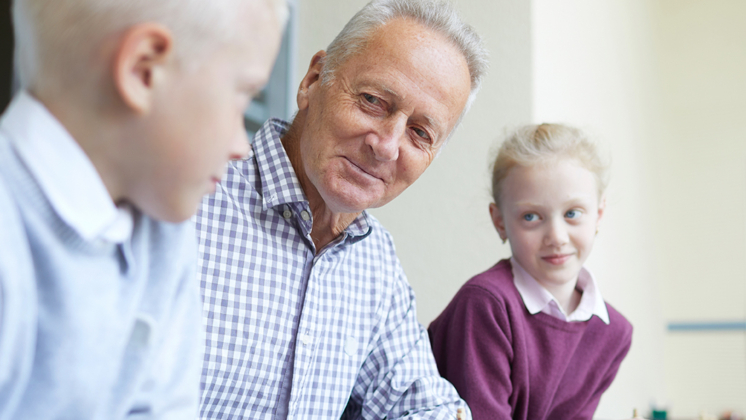 Grandparents have long been celebrated for passing along wisdom and experience to their grandchildren.

According to a recent survey, growing numbers are also passing along cash to pay for their grandkids’ college, groceries, and other major life expenses.

With 26% of grandparents helping to pay for vacations, it’s a wonder they have any money left over for themselves.

The survey from AARP highlights a demographic surging in size and economic influence, both in the economy as a whole and within families.

Simply put, there are more grandparents than ever before — spending more money on their grandchildren, in more ways.

Since 2001, the number of American grandparents has grown by 24%, from 56 million to 70 million. And that gray wave spends an amazing $179 billion per year on their grandchildren, which represents an average annual expenditure of $2,562 per grandparent.

These monetary hand-me-downs are wide-ranging and reflect the crucial financial role many grandparents assume within their families. They’re not just buying toys, although 86% report spending money on gifts.

Grandparents are helping with education (21% help pay for school or tuition); day-to-day expenses (14% help with meals and groceries); and even major expenses (5% help with rent, mortgage, and medical costs).

And with 26% of grandparents helping to pay for vacations (spending an average of $1,746), it’s a wonder they have any money left over for themselves.

To gather the data, AARP surveyed 2,654 grandparents, ages 38 to 85; fifty percent of participants qualify as boomers (ages 54 to 72).  The information was collected online in August and early September 2018, and spans beyond money to get grandparents’ opinions on a spectrum of topics ranging from gender and sexuality to discipline to their own roles in the family.

But the economic information jumps out: Grandparents are essential to families in ways that are tangible as well as emotional.