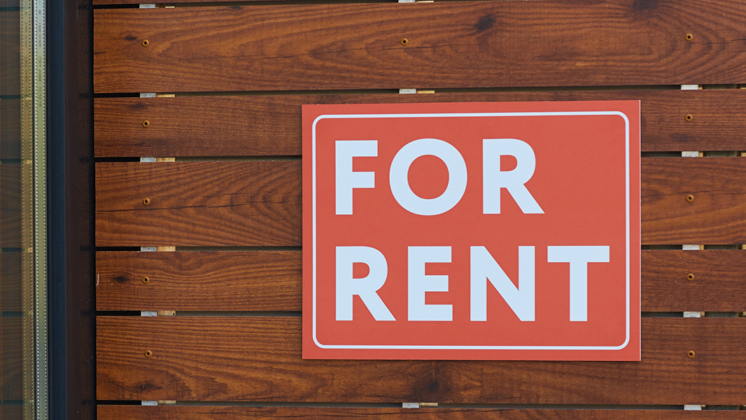 Jim Doan is semi-retired at the relatively tender age of 58. His secret: passive income.

Doan started buying condominiums in Hawaii and renting them through VRBO nearly two decades ago. Now he has an extensive stable of properties—with mortgages that have mostly been paid down by tenants—and he works just a few hours a day.

Many side hustlers would love to follow suit, dreaming of the day that their assets will generate enough income to support them without a lot of sweat.

And it’s not necessary to own real estate to do it. Online platforms now make it simple to rent everything from your car to your lawnmower. Yet, where renting assets can be low-maintenance and lucrative, there are also good reasons to be cautious.

Host horror stories with Airbnb fill an entire web site, for instance. There are tales of getting booted from the rental platform without appeal, having renters steal things, destroy the house and even commit suicide in a host’s rental.

Moreover, as Airbnb has grown, an increasing number of municipalities have sought to regulate and tax the short-term rentals that the site encourages. Airbnb’s “responsible hosting” page cautions hosts to be aware of local rules. Running afoul of them can land landlords with expensive fines.

Meanwhile, people who rent out other expensive assets, such as cars and boats, sometimes complain about damage that’s not covered by insurance—even when they’ve been assured by rental platforms that they’re covered.

HyreCar, for example, maintains that drivers don’t need to buy their own auto insurance because the site has them covered. But the insurance policy that HyreCar offers is riddled with loopholes, exposing both drivers and car owners to massive unreimbursed losses when in an accident.

Before renting out even something as incidental as your parking space, have a heart-to-heart talk with your insurance agent and your city’s permitting department. That can identify the hurdles and allow you to prepare before getting started.

Online platforms now make it simple to rent everything from your car to your lawnmower.

Meanwhile, here are eight ways you might be able to rent your stuff—and the best websites to help you do it.

Most people are very familiar with the mega-home rental sites Airbnb and VRBO. But if you have a house in a well-traveled tourist area, you might also want to consider listing it on a specialized site, such as WeNeedAVacation (Cape Cod/Nantucket rentals) or MountainSkiRentals..

If you’re not sold on the idea of having overnight guests, you can also list your house, office or yard as an event space. What kind of event? Birthday parties, baby showers, corporate “team building” exercises, anniversary dinners, photo shoots—whatever your particular space lends itself to.

This type of rental typically is booked by the hour or in 4-to-12-hour blocks. Sites that facilitate event rentals include Splacer, PeerSpace and ThisOpenSpace.

If you think your home, yard or basement is the perfect setting for an episode of television series like All American or Charmed—or, perhaps, a horror flick—you can list it as a potential movie location on a site called Giggster.

Rates are generous, but the site advises homeowners to check the producer’s permits and production insurance before allowing them onsite to protect you from potential damage that’s not adequately covered by the site’s substantial deposit.

Splacer, PeerSpace and ThisOpenSpace also can rent your house for movies.

If you have spare wheels, you could make decent money renting the vehicle out to travelers through a site such as Turo.

However, you don’t even need to let someone else drive to make money with your car. For instance, Giggster rents cars to be in the movies, and the owner gets to dictate whether the car can be driven by someone else. This can be particularly valuable for anyone who collects distinctive classic cars.

And a variety of sites will also pay to rent the space on your car to advertisers. Wrapify, Carvertise and MyFreeCar all pay between $50 and $450 per month in exchange for plastering your car with (removable) advertising, while you drive as normal.

Parents who actively rent on BabyQuip earn an average of $600 per month, according to the site.

If you happen to have a watercraft, you can make big bucks renting it out through GetMyBoat or BoatSetter. (Of course, you’re already paying big bucks for the boat and it’s slip. So, this is more likely to defray your costs than make big money.)

Large crafts are often rented out with the services of a captain, the cost of which you can fold into the rental rate. These two sites have different approaches to handline boat insurance. Make sure to pay attention and get a substantial deposit from all renters.

If you have a garage, driveway or dedicated parking space, and live in a densely populated urban area or near a stadium, restaurant or airport, you may be able to rent your parking space out too. Pavemint, CurbFlip and ParqExall allow you to list your parking spot on their sites for pay.

If you’ve got kids and good-quality baby gear that you’re not currently using, you can rent that out through a site called BabyQuip. Parents who actively rent on the site earn an average of $600 per month, according to the site.

But don’t sign up unless you’re pretty serious about renting your baby gear out regularly. This site requires a $100 “set-up” fee to get started and charges a commission on each rental and for liability coverage too. It is likely to require several rentals to break even.

Got a skill saw; nail gun; power-washer or carpet cleaner? Maybe camping equipment or ski gear? You may be able to rent it out by the day or hour through sites such as FatLama, Loanables or T’Work. All three sites let owners list their products for rent.

But, unless you have tools that are expensive and in high demand, this side hustle isn’t going to bring in big bucks. The typical tool rents for between $4 and $20 per day —not surprising given than many can be purchased for under $100. And you, of course, have to spend time meeting with the renters—as well as with your insurance agent.

After all, you want to make sure you’re covered in the unlikely event that a renter hurts himself while using your chainsaw.

This story originally appeared on  © SideHusl.com