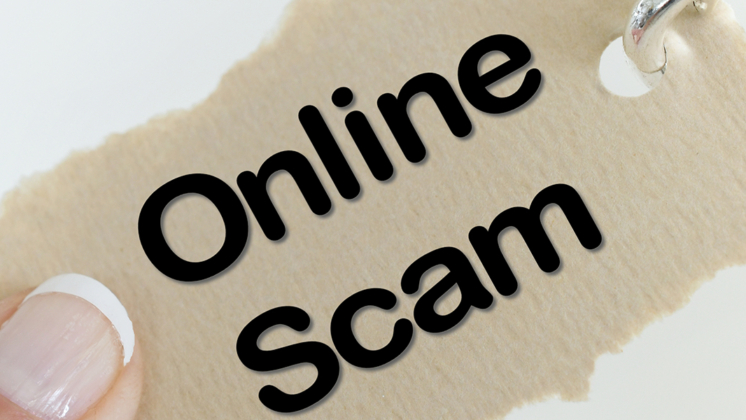 Some of us in the personal finance realm have a weird little hobby: We try to scam the scam artists.

We’re not out to steal their money — just their time. When fraudsters call to say we’re about to be arrested for tax debt, our Social Security number has been “suspended,” or a loved one is in trouble, we play along.

Government-imposter frauds have scammed people out of at least $450 million since 2014, according to the FTC.

This gives us valuable insight into how the scams operate, while wasting the time these jerks could spend victimizing more vulnerable people.

We have our work cut out for us. Government-imposter frauds have scammed people out of at least $450 million since 2014, according to the Federal Trade Commission. Interestingly, people ages 20 to 59 are more likely to report being defrauded this way than those 60 and over, but older people tend to lose more money. The median individual reported loss was $960, but it was $2,700 for people 80 and older, the FTC said in a July report.

You don’t have to engage with the bad guys to help thwart them. Answering the phone when scam artists call can put you on a “sucker list” that will prompt more calls.

But you can sign up for free “watchdog alerts” from AARP’s Fraud Watch Network, report scam attempts to the FTC and warn loved ones about the latest schemes, such as these three.

Fraudsters are nothing if not flexible. As media coverage of IRS-imposter calls increased last year, scammers switched to impersonating Social Security investigators. The crooks often use software to spoof caller ID services into showing phone numbers for the Social Security Administration or its fraud hotline.

Doug Shadel, AARP’s lead researcher on consumer fraud, recently pretended to take the bait. He returned a robocall from a group of these impersonators and was told the FBI was about to arrest him for opening 25 fraudulent bank accounts. To help the “investigators,” Shadel was advised to move all the money in his legitimate bank accounts to prepaid cards issued by “government-certified” stores such as Apple, Target, CVS or Walgreens. Then, Shadel was supposed to give the caller the cards’ serial numbers so the information could be added to his “file” — allowing the bilkers to steal the money.

Details of these scams may seem absurd, but con artists are exceptionally good at creating an atmosphere of fear and urgency so you’ll react emotionally, Shadel says.

“Once you’re in that state of fear, it swamps all reason,” he says.

Variations on this scheme include warnings that your Social Security number has been suspended, or that your help is needed to investigate a crime.

Variations on this scheme include warnings that your Social Security number has been suspended because of suspicious activity or that your help is needed to investigate a crime, such as immigration fraud. Know this: Social Security numbers can’t be suspended, investigators typically don’t enlist civilians, and government agencies don’t call out of the blue, says Kathy Stokes, director of AARP’s fraud prevention programs.

“Anyone calling from the government saying there’s a problem and you owe money is a scam,” she says.

“Sextortion” blackmail tries to convince you that your computer has been hacked and that the blackmailer is about to expose an extramarital affair, porn-watching habits or other embarrassing behavior. The email is really just a boilerplate form, but the subject line may include your actual password (which was probably exposed in some previous, unrelated database breach). The blackmailer typically demands payment via bitcoin or other digital currency. The solution is not to pony up, but to hit delete — and change your passwords regularly.

“If they say, ‘Don’t tell anybody or drastic things will happen,’ just know that that’s part of their ruse.”
Kathy Stokes

This is a twist on family emergency scams, where someone pretends to be a loved one who urgently needs money — to get out of jail, leave a foreign country or pay a hospital bill, for example. With kidnapping scams, crooks pretend to hold your loved one hostage, often including the sounds of someone screaming or pleading. The call may appear to come from the supposed victim’s phone number.

Resist the urge to panic, and instead verify your loved one’s whereabouts, Stokes says. That could mean hanging up without speaking — often the best approach — then calling or texting them. Alternatively, reach out to someone likely to know where they are, such as a spouse, friend or parent, Stokes says. If you stay on the line, expect that the swindlers will try to keep you from checking out the story by threatening dire consequences.

“If they say, ‘Don’t tell anybody or drastic things will happen,’ just know that that’s part of their ruse,” Stokes says.

This article was written by NerdWallet and was originally published by The Associated Press.