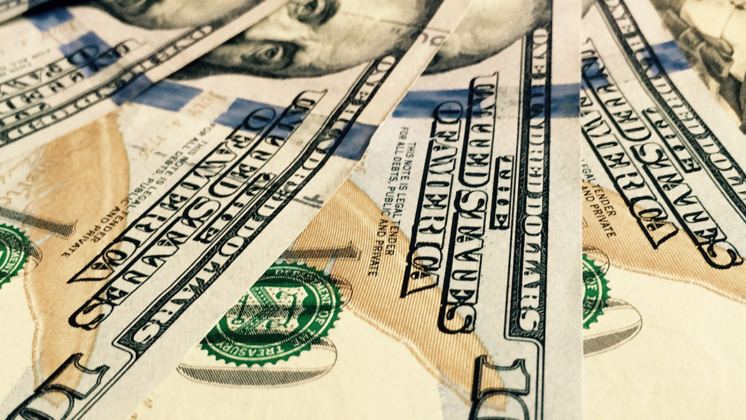 The U.S. daytime game show The Price is Right has followed a similar pattern since 1972. Contestants, drawn from the studio audience, are called by name to “come on down!” to “Contestants’ Row.” The host — now Drew Carey, but for decades, Bob Barker — presents them with a product, and the four contestants take turns guessing the price of that item.

The contestant who comes closest to the price without going over (there is no tolerance for those who would overpay for a high-end electric mixer or do-it-yourself haircut machine) gets to keep the item. More importantly, the winning bidder comes on stage with the host and gets to play for a larger prize.

Later in the show, the six contestants — in two groups of three — spin a huge wheel (called the “Big Wheel”) in an event called the “Showcase Showdown.” The winner of each Showdown goes to the Showcase — a replay of the Contestants’ Row experience, only amplified. Instead of being shown one product, each contestant is shown a prize package typically worth in the low-to-mid-five figures.

Contestants bid on their own packages and, whichever contestant comes closer to the actual price — again, without going over — wins their package. Come within $250 of your price and you win both packages.

And if you get the price exactly right? Everything comes to a huge, screeching halt.

Student of the game

On September 22, 2008, a man named Terry Kniess was told to come on down to Contestants’ Row by announcer Rich Fields. Kneiss wasn’t a typical contestant, though. He was a student of the game, and that’s probably an understatement. His stay on Contestants’ Row was brief. He bid $1,175 on a smoker/grill combo — and hit the bullseye. His exactly-right bid not only won him the smoker and the right to shake host’s Drew Carey’s hand, but also earned him a $500 bonus for being right on the money.

It also may have caused him some problems later in the show, though. Getting the Contestants’ Row price perfect is not unheard of and, while rare, doesn’t provoke suspicious of funny business. It does, however, provide retrospective evidence that something was amiss.

Kniess won his group’s round at the Big Wheel (that’s mostly luck) and proceeded to the Showcase, where he demonstrated that his Contestants’ Row guess was not just dumb luck. Kneiss bid $23,743 the collection in front of him — a pool table, a karaoke machine, and a 17-foot camper. It was a strange bid — most bidders round to the nearest five or ten dollars — but it was the right bid. That is, Kneiss’s guess was for the correct amount, down to the one’s digit. (It’s a good thing, too; the other contestant was only off by $494.)

The producers backstage alerted Drew Carey to the once-in-a-lifetime moment about to happen. He pulled the actual price from a tiny envelope he carried with him and told the studio audience that Kneiss’s bid was perfect. If you watched the episode, you’d notice that Carey seemed, well, incredibly calm given how rare an exact price match is. There’s a reason for this: Carey figured the episode would never air, as he was convinced that Kniess had been cheating. How else could he have pulled such a stunt?

It turns out that Kniess and his wife Linda were simply huge fans. As reported by Esquire, in the spring and summer of 2008, they spent four months recording the morning broadcast and watching it together each night. Soon, they noticed that the show repeated a lot of products offered for bid. The pair created a list of commonly offered prizes and the prices associated with them, and Terry had managed to memorize a large number of them. That got him past Contestants’ Row; a good spin (90 cents) on the Big Wheel got him into the Showcase. After that, Ted Slauson stepped in.

Slauson was a lifelong Price is Right fan who had discovered the repeating products a decade before the Kniesses had. He had made it to Contestants’ Row in 1992, made it on stage with a perfect bid, but didn’t make it past the Showcase Showdown. But he kept coming back, trying to get on the show again. In the meantime, if he liked the people he sat near in the studio audience, he’d help them with their bids. The Kneisses were sitting next to Slauson, and they hit it off.

When Slauson saw Terry Kneiss’s showcase package, he told Linda that it was worth about $23,000. She used her fingers to flash the numbers 2 and 3 to her husband on the stage. Kneiss claimed that he had no idea that Slauson was as experienced as he turned out to be. He further claimed, per TIME, that the 743 part of the bid came from his wedding date (the 7th of April) and his wife’s birth month (March), and that he used 743 as a PIN well before the Price is Right appearance. Taken all together, that’s $23,743 — and two really big prize packages.

If that sounds a bit fishy — who has a three-digit PIN? — well, who knows what really happened. In a subsequent interview (listen to it here), Kneiss chalks the win up to being well prepared and getting very lucky, and categorically denies cheating.

See Also: The one thing you can’t take home from ‘The Price is Right’

On sale now: Dan Lewis’s brand-new collection of fascinating facts spanning history and sports to science and pop culture that will have you proudly stating, “Now I know!” Order today!