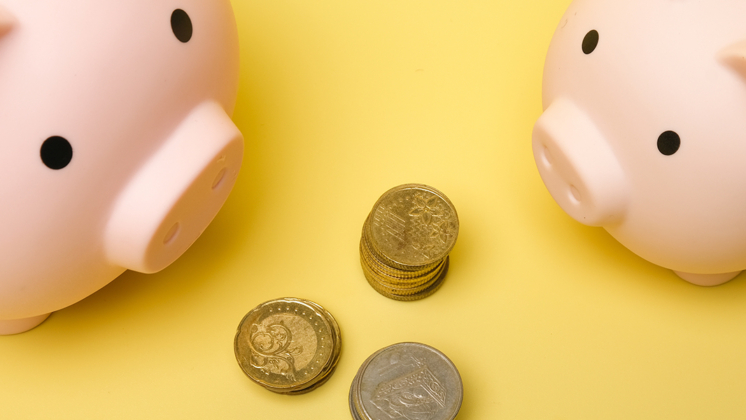 It’s not easy to stand strong when the stock market’s acting crazy, but emotion is the enemy of smart investing decisions.

One way to take the emotion out of your investing habits: get professional help.

And yet only 52% of pre-retirees and 44% of retirees are using a financial advisor, according to a 2014 report by the Society of Actuaries.

The cost is a concern for many. Many financial planners charge fees of 1% to 3% of your total assets, and some full-service brokerage firms require you to have a substantial minimum investment before they’ll provide service at all.

Now, however, you can also get advice via a robo-advisor, or automated investing via an online or app service.

The all-automated services, first offered by startup companies like Betterment and Wealthfront, cost just 0.15% to 0.25% per year, and many have low or even no minimum investment at all.

But increasingly, traditional brokerages like Schwab and Vanguard also offer robo-human hybrid services that, for a slightly larger fee, allow you to use the automated services as well as have some access to a human advisor.

And while it’s not surprising that digitally-savvy Millennials have flocked to robos, the idea is fast gaining traction among the Boomer population, too: a recent study from Schwab found that 45% of Boomers think they’ll be using a robo-advisor within the next seven years, and of those who use a robo today, nearly half think it’s perfect for their life stage.

Signing up with a robo-advisor is easy. In most cases, you merely enter some vital statistics—age, income, amount saved, intended age of retirement, etc.—into the website or app. Based on that, the system suggests a mix of stock and bond exchange-traded funds, which are low-cost and similar to index mutual funds.

All else being equal, giving up a human advisor who charges 1% for a robo would net you a 15% larger portfolio after 20 years.

And that’s about it. Periodically, and automatically, the robo will rebalance your holdings back to that initial target allocation. What it doesn’t do is make tactical moves based on world events or ups and downs of the Dow, says Tom O’Shea, analyst with the financial-services research firm Cerulli.

While that might not seem like a big deal, numerous studies have shown that investors defeat their own self-interest when left to their own devices. A study by Morningstar found that having a financial plan (meaning getting professional help) increases investors’ assets by 1.85% per year.

Meanwhile, not paying 1% to 3% per year for advice adds up to huge savings over time: All else being equal, giving up a human advisor who charges 1% for a 0.25% robo would net you a 15% larger portfolio after 20 years, says David Weinbaum, associate professor of finance at Syracuse University’s Whitman School of Management.

When life gets complicated

What many investors, especially older ones, found that robos were missing: the ability to have a human advisor reach out to discuss adjustments to their plan based on changing circumstances—or just getting older.

“These algorithms were originally created by and marketed to young people,” says O’Shea.

Robos also generally can’t handle complex retirement questions, such as when you should take social security and whether to annuitize a portion of your nest egg—though that’s increasingly possible with a hybrid option.

“Every traditional player has introduced a robo option—or will be doing so,” says Cynthia Loh, Vice President, Digital Advice and Innovation at Schwab, who notes that more than half of Schwab’s robo clients are 55 or older.

In the Schwab survey, 71% of Americans said they preferred a hybrid robo service, and nearly half of those not using a robo said they’d be more likely to do so if it included access to human advice.

Hybrids charge about 0.3% to 0.7% of assets. While that’s more than the cheapest automated service, it’s still a bargain compared to hiring a human—or going it alone.