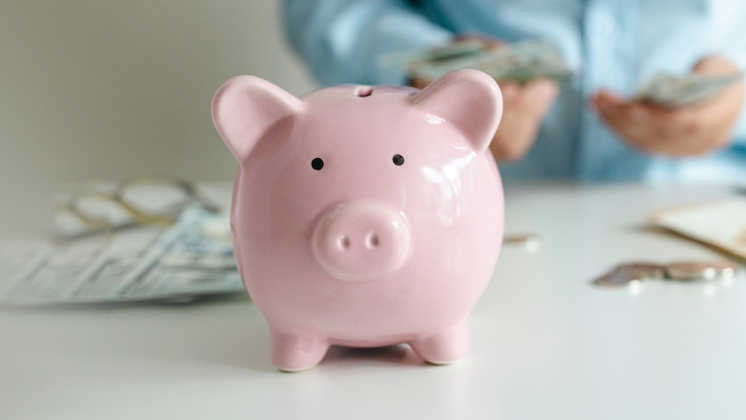 If your savings are earning paltry rates, the talk of rising interest rates probably seems like a fairy tale. It sounds nice, but you might sooner meet a talking animal or two.

The average bank savings account still earns just 0.09%, while many of the largest banks are offering savers just 0.01%.

But look online, and you’ll find the Federal Reserve’s rate hikes translating into something tangible.

Sean Dugan, a Washington, D.C.-based government affairs consultant, opened a high-yield online account when he grew frustrated with the 0.04% his credit union savings offered. That’s “just nothing,” he says.

Dugan chose the account offering the best rate at the time, and says that the bank has hiked his rate twice in the last month alone.

When you’re ready for your savings to pay off, here’s what you need to know.

What’s the best rate out there?

The online bank or credit union offering the best rate changes from week to week — but any of the top contenders will earn your balance much more than it would get at most brick-and-mortar banks.

Look for a savings account that pays a greater than 2% annual percentage yield. The best—including CIT Bank and Citizens Access, an offshoot of Citizens Bank—are returning above 2.30% these days. Marcus by Goldman Sachs, Synchrony and Barclays also pay consistently high rates.

You might be able to earn more if you’re willing to put your money away for awhile. Citizens Access is currently offering 2.85% on a one-year CD. If you can part with your balance for three years, PurePoint will pay you 3%. And with a five-year commitment, you can earn above 3% at institutions like Popular Direct, Alliant Credit Union and Capital One 360.

Is that rate permanent?

Savings rates are variable, meaning they can increase or decrease. Rates have been rising recently, but that won’t last forever. That said, online banks and credit unions typically pay better returns than brick-and-mortar ones.

Most CDs lock in your rate. Some allow you to adjust it once or twice during the term, but you can choose not to if rates decline.

How much money can I really save?

If your balance is $20, an account paying 2% APY won’t make you a millionaire. But the higher your balance, the more of a difference higher rates make—and each time you receive interest, it’s computed based on your contributions, plus all the previous interest you’ve earned.

You might be able to earn more if you’re willing to put your money away for awhile.

CDs often require more money to open and their returns are more predictable. For example, if you put $5,000 in a five-year CD that earns 3.10%, you’ll end up with over $800 more than you put in.

Shouldn’t I just invest in the stock market instead?

According to Rick Vazza, a certified financial planner and president of Driven Wealth Management in San Diego, a good investment strategy includes both investments and savings. The latter money is “designed to be boring, with low expected return, but available when life throws something unexpected at us,” he says. How much to put away? It depends on your living expenses, but experts often suggest setting aside three to six months’ worth of funds.

Investing does have its place. It can help you reach longer-term goals—such as funding your retirement—because your money has more growth potential in the market.

Once you’re saving for emergencies and are investing enough for retirement to get any matching funds your employer may offer, you can consider branching into CDs. Weigh your options, and make sure the return you’ll get is worth giving up access to your cash for a time, Vazza says.

Are there any downsides to online accounts?

Online banks and credit unions are just that—online. Most don’t have brick-and-mortar locations. Dugan sees this level of accessibility as a perk—he says he’s not tempted to touch his balance—but it can take longer to withdraw money when you do need it.

As long as an online account is backed by the FDIC, it’s as safe as any other bank.

“I always encourage clients to maintain a local checking account that they can then link their high yield savings account with. Having this link will make getting access to your funds a lot easier,” Vazza says.

Interest on savings is also taxable. You won’t have to report it if you’re just earning pennies, but if you open a high-yield account, you’ll likely receive a form from your bank at tax time.

Many people are also used to banking with well-established brands, such as Chase or Wells Fargo. But Dugan says consumers concerned about stability don’t need to worry. As long as an online account is backed by the FDIC—and most are—it’s “as safe in one of these as it is in any other bank,” he says.

The article Savings Account Rates Are Surging: Here’s What to Know originally appeared on NerdWallet.