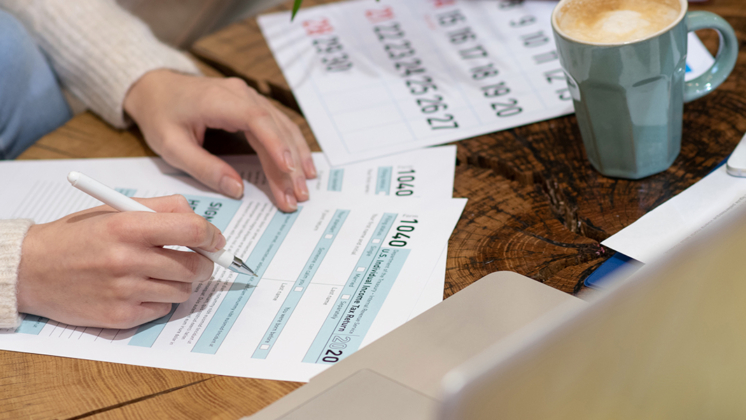 Thanks to 2017’s Tax Cuts and Jobs Act, tax season will look quite different this year for many Americans. If you’re over 50, however, you’re likely to be affected in some specific ways. Here’s a look at four of the most key changes:

The vast majority of Americans over 50 own their own home. And for many, the tax benefits of that asset just got a lot less richer.

For one, you used to be able to write off an unlimited amount of property taxes and state income taxes. That break is now capped at $10,000, a particular blow to those who live in high-tax states such as New York and California.

The new tax law also suspends the deduction for home equity interest from 2018 to 2026, unless the loan is used to “buy, build or substantially improve” the home that secures the loan.

If you’ve been thinking of taking a home equity loan to pay for, say, your kids’ college tuition, you’ll no longer be able to write off the interest.

A recent survey of 2,700 workers found that nearly half of those who identified as self-employed were Baby Boomers. Many are leaving their corporate jobs and becoming entrepreneurs, or picking up side hustles as a way to pump up their retirement savings or income.

But what if your “business” is really just an informal side hustle? Doesn’t matter, says Bunich: “As long as you file the self-employment income form Schedule C, you qualify for the deduction.”

If you have a traditional IRA, you’ll need to pay taxes on the money when you withdraw it in retirement.

With a Roth IRA, by contrast, you pay taxes up front, and the gains are tax-free, so you don’t pay any taxes when the money is withdrawn later. That gives you much greater flexibility over your income in retirement.

If you’ve been thinking of taking a home equity loan to cover some of your expenses, you’ll no longer be able to write off the interest.

That plan has gotten even smarter, thanks to a provision in the new tax law that provides a 20% reduction in taxes on business income for consultants and the self-employed. “This is huge,” says Tatyana Bunich, president and founder of Financial 1 Wealth Management in Columbia, Md. “It’s one of biggest things in the tax code.”

Traditional IRA holders have the option to convert the account to a Roth, with the caveat that the taxes will immediately be due. But the Tax Cuts and Jobs Act lowered individual rates across the board, making the conversation more appealing, says Skip Johnson, Founder of Great Waters Financial in Minneapolis, Minn. “We don’t know what taxes will be in the future, but we know for the next six years,” he says. “And we know that our clients will eventually be taking money out of IRAs and using it for income.”

One major change in the new tax law is that standard deduction was increased to $12,000 for singles, or $24,000 for couples.

That means unless your itemized deductions are more than the standard deduction, it won’t make sense to itemize. So while the money you give to charity is still tax-deductible in theory, those deductions only count if you itemize—which you’re far less likely to do.

If you’re over age 70.5, however, you can still can give money to a charity directly from your IRA, notes Johnson. That donation won’t be counted as part of your taxable income, so you’ll still get some tax benefit from the gift.