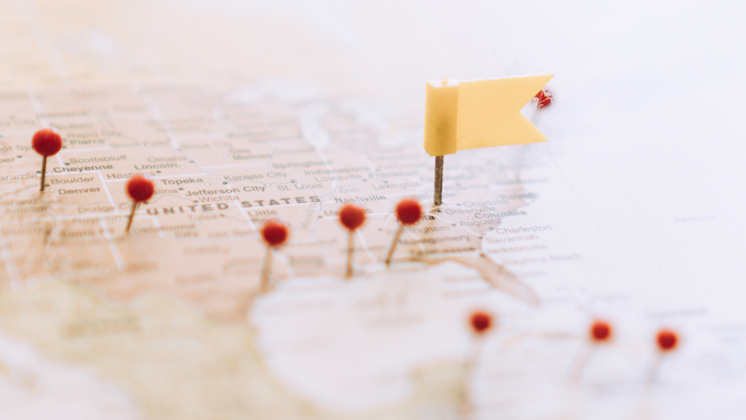 Armed with Census data and an eraser, Neil Freeman redrew the U.S. map in a way that evenly distributed 308,745,538 people across 50 states.

If you draw the borders in this manner, each new state would end up with about 6,175,000 residents. That way, Freeman argued, in presidential elections the popular vote and electoral college would match up.

Here’s a closer look at each half of the country:

Which state would your town wind up in?

If you like the idea of Neil’s map and would like to hang it on your wall, you can order a print for $35 on his site.

If you hate the idea and it’s making you nervous, don’t freak out.

“Keep in mind that this is an art project,” he writes on his site, “not a serious proposal.”

The inspirations for each state name

Bonus: How far your money goes in each state

As anyone who’s fled higher cost states can attest, your money goes farther in certain parts of the country. You’ll pay less for lots of things in some states and many rural areas. This could play a factor in where you decide to retire.

Continue reading: The real value of $100 in each state