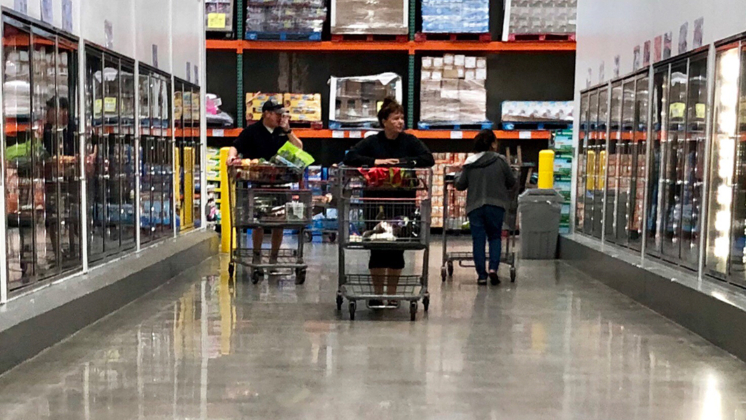 Express checkouts can be a real gift. Usually express lanes are reserved for shoppers who have fewer than 10 items, which is great if you’re shopping in a hurry. There is, however, one major store that does not offer express checkout lines — and with good reason. That store is our favorite bulk-buying mecca, Costco.

Costco doesn’t offer express lanes because the majority of shoppers are there to buy in bulk. But that’s not all. As Costco CEO W. Craig Jelinek explained to Reader’s Digest, “Costco’s ability to sell merchandise at incredibly low prices is based on adhering to various operating disciplines at every turn,” Jelinek says. “Instead of having an express line — that often would be open but without a member in line — we have invested millions of dollars to speed up the entire front-end process.”

Jelinek said Costco’s policy indicates there should be no more than one person in line and two behind. According to Jelinek, the average checkout time is just over one minute. (That sounds a little generous to us, and of course, that doesn’t take into account the current global health crisis.) But if those numbers are close to accurate, it’s safe to say all lanes are express lanes at Costco.

When Costco asks to check your receipt, it’s not because they think you’re stealing.