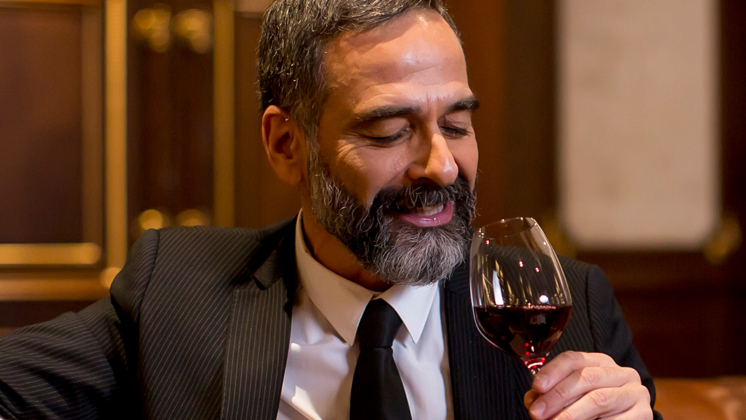 When it comes to choosing a time to enjoy something really special—say, using a free plane ticket or drinking the bottle of wine you bought on your honeymoon—we tend to put so much pressure on ourselves to find the perfect occasion that we end up postponing the plans indefinitely.

And all that waiting doesn’t wind up leading to greater enjoyment when we finally do indulge, according to new research recently published in the Journal of Marketing Behavior.

The timing of indulgences

In one experiment, hundreds of students were tasked with choosing one of 15 weeks to use a free pass to attend a concert. Some passes came with perks to make them more “special,” such as VIP access.

The potential for missing out on a more perfect occasion sometime in the future makes it hard to enjoy an experience today.

At the end, they found that the students who had the less special tickets chose to see a concert sooner, and were more likely to have viewed a band of their choice. Those who held tickets with special perks were more likely to hold out and see if a better act would come later in the season. That waiting worked against them.

Their decision to keep delaying caused participants to settle for a middling act, as they ran up against the end of the concert season.

What Shu and Sharif identified is a common behavioral phenomenon: We’re held captive by regret. The potential for missing out on a more perfect occasion sometime in the future makes it hard to enjoy a purchase or experience today.

How to relax and enjoy

Two decades ago, Wall Street Journal columnists Dorothy J. Gaiter and John Brecher were constantly fielding questions from readers on if and when would be a good time to enjoy a special bottle of wine that they had tucked away.

They realized an intervention was needed, and came up with the ingenious Open That Bottle Night (OTBN), now celebrated worldwide the last weekend in February. On that date, their readers would open a bottle of wine that they’d previously deemed “too precious” to open.

“No one is promised tomorrow,” says Gaiter, who along with Brecher, is now an editor at grapecollective.com. “Our message was to open those bottles now, as frequently as you can.”

Indulging now not only allows for enjoyment, but also potentially avoids the bittersweet.

After all, you might save a bottle of wine for decades for a big anniversary, only to have your loved one die before that date. The frequent flier miles you’ve saved for a blow out multi-generational family vacation could be upended by divorce or illness. The fancy dress you’ve been keeping in your closet may no longer fit.

What works so well about OTBN is known in behavioral psychology as pre-commitment, where you make a tough decision in advance. It’s often applied to “eat your broccoli”-type situations, such as committing to increase your 401(k) contribution after your next raise, or using your tax refund to pay down debt.

But it can work just as well to get you out of over-waiting on enjoying an indulgence.

So if you’ve got an awesome bottle of wine sitting in the cabinet, take it out and drink it. Book the concert ticket. Spend a gift card at the store.

And if you need help picking out a “special” date, feel free to use this year’s OTBN, on February 23rd. Enjoy.