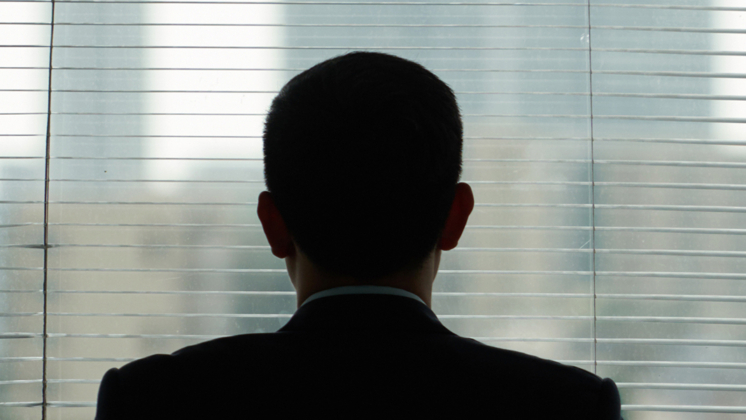 What do you do after you’ve hit the big time in music? Some artists keep on rockin’ into their 60s and even 70s, like Mick Jagger and Paul McCartney. Others simply retire.

Then there are those who take the opportunity to do something completely different, whether it’s returning to a childhood ambition or pursuing a new inspiration. Here are a few successful musicians who did just that.

1. Cindy Birdsong of The Supremes became a nurse

Cindy Birdsong’s original plan was to become a nurse. She went to Philadelphia as a nursing student, where her old friend Patsy Holt recruited her for a singing group in 1960.

After leaving The Supremes in 1976, Birdsong returned to her first ambition. She worked at UCLA Medical Center as a nurse under her married name, Cindy Hewlett. In the 1990s, she became a minister.

Birdsong joined other former Supremes for various reunion projects, and is now retired and guards her privacy. She turned 80 last year.

Peter Garrett was a law school student when he was recruited to sing in Midnight Oil. The band is best known for their 1987 song “Beds Are Burning,” about the plight of indigenous Australians. Garrett managed to complete his degree at the Australian National University, and became an environmental activist.

Garrett ran for a seat in the Australian House of Representatives on the Labor Party ticket in 2004 and won. He served in that office for nine years, and was the Minister for Environment Protection, Heritage and the Arts for three of those years. He later served as Minister for School Education, Early Childhood and Youth for another three years.

Garrett left the parliament in 2013, but continues in both activism and music.

Master guitarist Jeff “Skunk” Baxter is notable for three phases of a music career. He was a founding member of Steely Dan in 1972. After three albums, Baxter left the band in 1974 and joined The Doobie Brothers, where he stayed until 1979. Before and after those gigs, he’s been a prized session musician for a wide range of recordings.

Baxter is also a guitar engineer with a keen eye for solving technical problems. In the 1980s, discussions with a neighbor who is a retired Pentagon engineer made him wonder whether existing high-tech military systems could be adapted for other purposes. This line of study led to a 1994 research paper on converting the United States’ Aegis anti-aircraft system to a missile defense system.

His ideas were so impressive that he was suddenly drafted as a consultant to the Department of Defense. Baxter has since worked as a consultant with various government agencies and private companies on missile defense systems.

Those who know him say that Baxter’s success in both military technology and music is due to his ability to look at systems from a different viewpoint and to think outside the box.

4. Al Green turned to the ministry

Al Green grew up singing gospel music. His devout father kicked him out of the family home at age 15, when he caught Al listening to secular music — Jackie Wilson, to be specific. Green recorded a slew of hits in the early 1970s, including the classic “Let’s Stay Together.”

In 1973, he had a spiritual experience in which he says God called him to service. Green became a born-again Christian, but resisted the idea of joining the ministry. But in 1974, his then-girlfriend attacked him with a pot of hot grits before killing herself with his gun.

Green, who spent months recovering from his burns, took the incident as a sign to get moving. He became an ordained minister in 1976 and purchased a church in Memphis. Green has been the pastor at the Full Gospel Tabernacle for more than 40 years now.

Bill Wyman played bass for the Rolling Stones for more than 30 years. That in itself is a long career, but he’s been quite busy since retiring from the group in 1993.

Wyman opened a chain of restaurants, exhibited his photography, published several memoirs, and formed his own band, the Rhythm Kings. Most surprisingly, Wyman also found time to begin a new hobby: archaeology through metal detecting.

His passion for treasure hunting was inspired by finding Roman artifacts on his Suffolk estate. He patented and marketed the Bill Wyman Signature Metal Detector. In 2005, he published a book about tracing Britain’s history through archaeological discoveries.

6. David Lee Roth was an EMT

David Lee Roth sings for Van Halen. He was a founding member and currently is a part of the group, but he took a 20-year break from Van Halen to do other things.

Diamond Dave embarked on a solo career and released five albums. He then performed as a lounge act in Las Vegas. But between 2004 and 2006, Roth tried something completely different: he worked as an emergency medical technician, in training to become a paramedic. He went on more than 200 ambulance rides in New York City. The new career didn’t take, however, as Roth rejoined Van Halen.

7. Ross Valory of Journey is a children’s clothing designer

Ross Valory was a founding member and bass player for Journey. The 1970s and ’80s kept him quite busy recording and touring with the band, but the seeds were sown for a different project.

On a touring break, Valory remembers watching some young children playing with friends. They ran around with their hands on the opposite shoulder, swinging their elbows open to imitate chomping monsters.

So while Ross was very busy being a successful rock star, that cute image of the chomping kids bounced around in his head for 20 years. Then one day something clicked. He “hugged himself” in the same fashion as those kids years ago. “How cool would it be,” he thought, “to create shirts that would let you actually become the animal you are pretending to be!”

Ross soon enlisted his friend Prairie Prince, and together they founded MouthMan to market the illusion shirts. Valory is no longer involved with the company.

8. Terry Chimes of The Clash became a chiropractor

Terry Chimes was the original drummer for The Clash, beginning in 1976. He left and returned to the group twice, and also played brief stints with Hanoi Rocks, Billy Idol, and Black Sabbath.

While Chimes still plays drums occasionally, he has been a practicing chiropractor since 1994, and is the proprietor and chief practitioner at Chimes Chiropractic in East London.

9. Brian May is an astrophysicist

Queen guitarist Brian May famously earned his PhD in astrophysics in 2007. He had worked on the degree prior to 1974, but then dropped out of school due to the work involved in being part of a top-selling band.

Thirty years later, he wrapped up his studies in only one year, and now goes by Dr. Brian May on Twitter. What you might not know is that May served as Chancellor of Liverpool John Moores University from 2007 to 2013. He was also a collaborator with the science team of NASA’s New Horizons Pluto mission. And he continues to play guitar with Queen.

In the 1970s, Sherman did TV movies and guest appearances on various series. One of those guest appearances was on the show Emergency! in 1974. The experience inspired Sherman to retire from media and train as an EMT. He joined the Los Angeles Police Department in 1988 as a technical reserve officer, achieving the rank of Commander. His duties revolved around training officers and recruits in first aid techniques such as CPR.

From 1999 to 2010, Sherman was a reserve deputy with the San Bernardino Sheriff’s Department, where he also trained first responders. He has often said that saving lives beats fame and fortune any day.

See Also: Who’s the most famous person who shares your birth year?