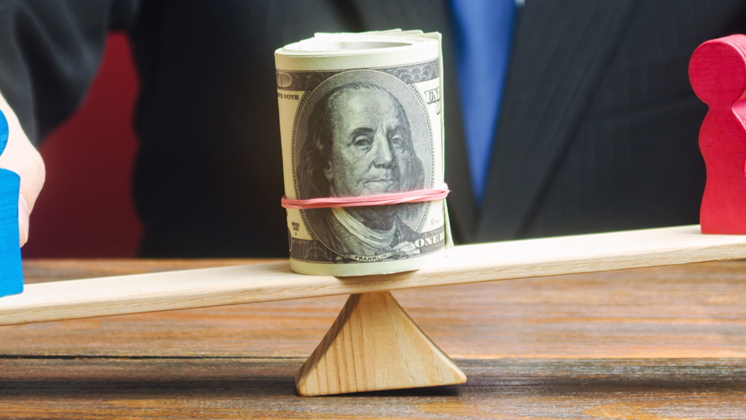 A new study claims that college-educated workers on average hit their salary ceiling in their 40s and early 50s.

But that doesn’t tell the whole story.

Earning power varies significantly based on gender, and the rate at which those earnings grow and for how long differs drastically between men and women.

CNBC.com has done a nice job of detailing the findings, which portray a workplace very much suffering from a gender pay gap.

More on the gender gap

According to the study by Payscale, a compensation and career research firm, a college-educated woman can expect to see her earnings grow steadily between ages 22 and 33, slow down by age 34, and top out around age 41.

The story is different for college-educated men, who earn more than women immediately after graduating college, experience salary growth similar to women in their 20s and early 30s, and then continue to see their earnings grow steadily throughout their 30s and 40s, peaking around age 53 when the average salary is $95,000.

Some of the gender pay gap is due to occupational segregation (the fields of work men and women tend to dominate, which vary considerably in earning capacity); some is due to the fact that women leave the workforce to care for others at higher rates than men; and then there’s the opportunity gap, for good measure.

A college-educated woman can expect to see her earnings to top out around age 41.

But a gap in pay exists even when women have qualifications identical to their male counterparts.  For more in-depth analysis on this topic, check out this report on the state of the gender gap in 2019, courtesy of Payscale.

For both men and women the reality is that earnings may peak sooner than you think, and will stall out long before retirement age is reached — so be aware and plan accordingly.