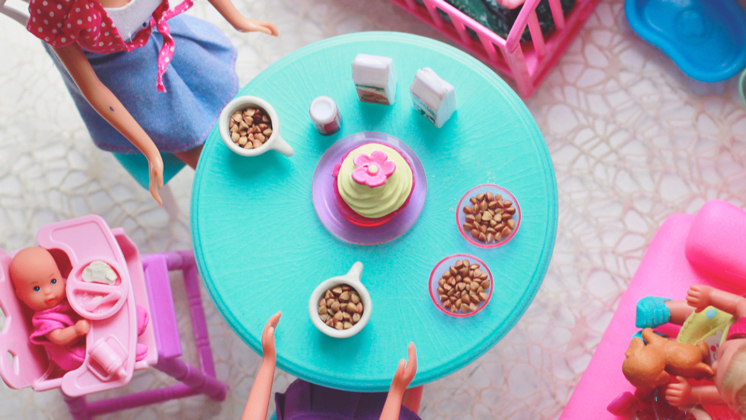 Believe it or not, Barbie is turning 60, and the 11.5-inch-tall icon shows no signs of slowing down. She remains the most popular fashion doll ever, with more than 100 models sold every minute, according to Mattel.

Her YouTube channel boasts more than five million subscribers, she has more than 14 million fans on Facebook, and her BarbieStyle Instagram feed has nearly two million followers.

Barbie—full name Barbara Millicent Roberts, after Mattel co-founder Ruth Handler’s daughter, Barbara—was introduced at the New York Toy Fair on March 9, 1959. Since then, she’s had more than 200 careers, including nurse, astronaut, firefighter, pilot, scientist, and even game developer—something Mattel is trumpeting with the Barbie 60 celebration tag line “inspiring girls since 1959.”

Barbie’s 60th birthday hoopla may have you wondering if your childhood model would fetch real money. How about the Entrepreneur Barbie or Surgeon Barbie in your attic, or Ken or Midge? Or Barbie’s DreamHouse? (Barbie’s private jet?)

If you have an idea to unload your Barbie paraphernalia, there’s no time like the present. “Barbie herself will be at the highest value of her collectible life now at the 60th anniversary,” says Lori Verderame, an antiques appraiser and syndicated antiques columnist at DrLoriV.com. “The next time she’ll have another spike in value will be 100 years. Americans collect in 50- and 100-year cycles.”

Here’s what to look for in your old toy chest.

As with all collectibles, condition matters. If your Barbie or her accessories are in the original box, they’re obviously worth more. But that situation is rare, so you’re not out of luck if the packaging is long gone.

“Most doll collectors are dealing with dolls that were actually played with at some point,” Verderame says. “You won’t get as much money for it, but you can get some money.”

If you have one of the first Barbies that hit the market in 1959 or the early 60s, you’ve probably got a doll that’s worth something.

“Barbie herself will be at the highest value of her collectible life now at the 60th anniversary.”
Lori Verderame
Antiques appraiser and syndicated antiques columnist at DrLoriV.com

“Those that relate to the years of ‘Camelot’ in American history—the Kennedy era—still bring some value, from a few hundred to a few thousand dollars,” says Verderame. “You’ll see them with bubble-cut hairdos that Jackie, our First Lady, had in the early 60s.”

The very first Barbies are very valuable—and rare. “Those dolls are probably some of the most desired and coveted by collectors and still demand a really high price,” says Bradley Justice, a dealer, consultant, and collector of antique and vintage dolls in Durham, N.C.

“Your investment of $3 in 1959 to buy the first Barbie—if you left her completely untouched and she’s not been played with—that’s something that could fetch as much as $10,000.”

There were three different models of the original Barbie, however, so you’ll have to dig more to be certain of what you have. “Most people think that if they have a ponytail Barbie in a black-and-white striped swimsuit, they have the first Barbie, but they made that Barbie for about five years,” Justice says.

For collectors and appraisers, the value is in the details. The first Barbie, for instance, had no eye color—she didn’t pick up blue eyes until later.

She also had two round holes in the bottom on her feet to accommodate a special posing stand. “That is the sort of telltale thing to see if you have a Number One Barbie,” Justice says.

“With the early Barbies, there are subtle variations in each of them. Those could be the difference between a $500 doll and a $5,000 doll.”

Barbie’s early-era friends and accessories may also be worth money. “There were carrying cases made of vinyl and her friends and boyfriend—Midge and Ken and Skipper,” Verderame says. This vintage 1964-1966 Skipper doll with original box and stand recently sold on eBay for $95.

“And for some reason, Barbies are often times stripped naked and we don’t have the clothes, so the clothing still has some value,” Verderame says. “Her Barbie clothes had a Barbie tag sewn into them.”

The first Barbie had no eye color—she didn’t pick up blue eyes until later.

Beyond 50s and 60s dolls and accessories, certain collectibles from the 70s, 80s, and 90s may fetch money in the right condition. “There was Barbie’s cousin, Francie, done in 1972,” Justice says. “A never-removed-from-box example of her would go for $2,500. There are dolls through the history of Barbie, even as recent as 10 to 15 years ago, that still go for at least four figures.”

Any Barbie connected with something of cultural significance may be saleable. For instance, collectors will buy Britney Spears Barbies and 90210 Barbies from the 90s (like this in-the box Brandon Walsh Barbie that went for $39.95 on eBay).

“If you see a historical link to a particular era, whether that’s a celebrity or something that’s indicative of that era, that would be relatively important,” Verderame says.

Where to learn more

You can get a sense of what your collection is worth by browsing eBay or Etsy for vintage prices. But much of Barbie’s value is in the tiny detail, such as the green residue around her ear lobes from her original non-pearl pearl earrings. So if you think you have something valuable, a doll show or doll expert can help you decide.

Verderame recommends finding an appraiser—not a reseller—to help you value your doll. “If they’re only an appraiser, they’re not going to give you a purchase offer,” she says. “If someone is going to buy it and sell it, they’re going to tell you it’s worth less than it really is.”

Vintage doll shows can be a good place to find appraisers, or you can search online at sites like the International Society of Appraisers. You may also be able to get an online appraisal, such as one from Dollfixer.com ($25 a doll) or from Verderame’s site, DrLoriV.com( $59 for an online appraisal report).

You can also consult a Barbie valuation guide such as The Complete & Unauthorized Guide to Vintage Barbie Dolls or Warman’s Barbie Doll Field Guide for ideas.