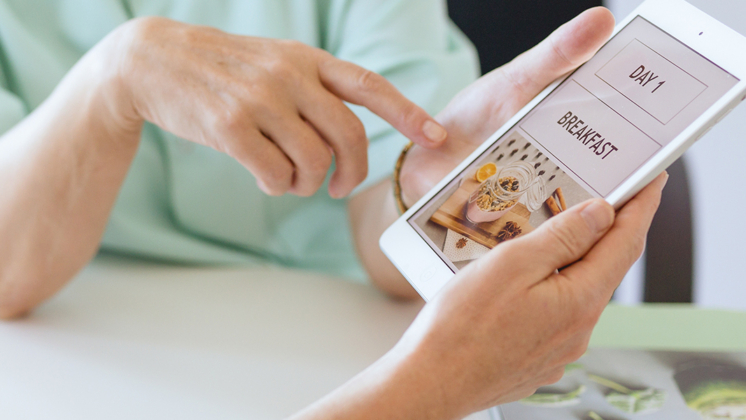 Money transfer apps including Venmo, Cash App and PayPal have surged in popularity during the pandemic as people seek safe, contactless ways to send and receive money. Unfortunately, many people don’t understand the limitations of these payment platforms or how they can put someone’s finances at risk.

“You’ve got to make sure that you’re doing the right things,” Lee says. “Because if there is a weak point in these kinds of services, it is that your behavior may make it less secure.”

Mobile payment apps allow people to transfer money to others quickly, often for free. They may be downloaded to a phone or other mobile device or accessed online. Some payment systems are available via social media, email accounts or other apps.

Apps such as Venmo and Cash App are known as “peer-to-peer” platforms because they’re designed to facilitate transfers among friends and family. People can search for each other using email addresses, phone numbers or user names, and money is usually transferred within one to three days. Some let users choose an instant transfer for a small fee.

Even before the pandemic, 79% of U.S. adults used mobile payment apps, according to a NerdWallet survey conducted in January. Since stay-at-home orders hit, use of the apps has soared as more commerce shifted online and people needed to send money to friends and family they couldn’t see in person, says Adam Blacker, vice president of insights and global alliances for Apptopia, which tracks mobile application trends.

Installations of the most popular payment apps, which averaged about 14 million per month before the pandemic, rose to 17 million in April and more than 20 million in May and June, Blacker says. Users launched the apps about 1.8 billion times this June, compared to 1.3 billion times in June 2019.

Payment apps are secure but not foolproof

Many people assume their payment apps offer protections similar to those of credit or debit cards, but that may not be the case, says Kathy Stokes, director of fraud prevention programs for AARP.

For example, about half of U.S. adults incorrectly believe that they could reverse a payment made through a peer-to-peer platform, according to an AARP survey conducted in November. If you change your mind, have a problem or make a mistake — input the wrong email address or phone number, for instance — you’re usually at the mercy of the recipient.

“The only thing I can do is plead for that person to be ethical and send the money back to me,” Stokes says.

Payment apps usually protect you against unauthorized transactions, but not necessarily against other fraud — and that can be true even if you link to a debit or credit card that otherwise would offer such protections. Many peer-to-peer systems specifically warn people not to pay individuals or businesses they don’t know, Stokes says.

“If you use [a peer-to-peer app] to buy those great-priced tickets off of Craigslist, and you never get those tickets, you’re out the money,” Stokes says.

“The mainstream products and services are very secure. And particularly today, there are a lot of advantages to contactless payments in one form or another.”
–James E. Lee
COO, Identity Theft Resource Center

If you’re doing business with a merchant you don’t know, use a payment app built for such transactions, such as PayPal, which offers dispute resolution and purchase protection.

Lee recommends reviewing an app’s security, fraud and privacy policies before installing. He also recommends using unique, complex passwords, and turning on features, such as facial recognition and passcodes, that could prevent others from accessing your phone. Enable your phone’s “find my device” feature, which lets you erase its data if the phone is lost or stolen.

With proper precautions, though, feel free to use mobile payment apps, Lee says. In many ways, they’re more secure than traditional payment methods because your financial information isn’t exposed during the transaction. Your bank account or credit or debit card numbers can’t be intercepted by criminals or stored in a merchant database where they could be accessed by hackers.

“The mainstream products and services are very secure,” Lee says. “And particularly today, there are a lot of advantages to contactless payments in one form or another.”

Liz Weston is a writer at NerdWallet. Email: lweston@nerdwallet.com. Twitter: @lizweston. This article was written by NerdWallet and was originally published by the Associated Press.