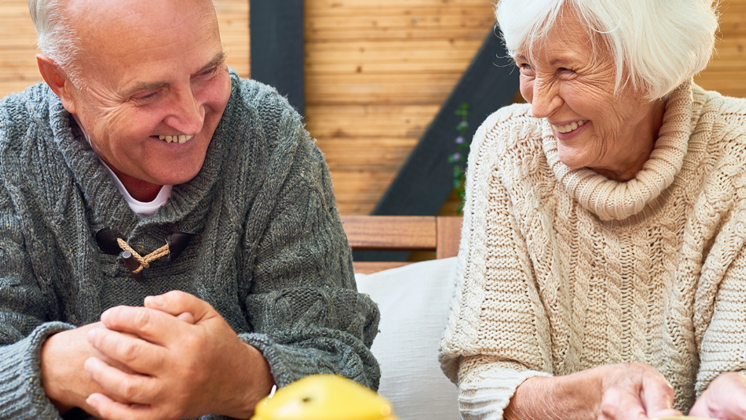 My first boss — Claire, the bleached blonde who ran the cosmetics counter at the corner drugstore where I worked part time during high school — taught me two valuable lessons about work and life.

Lesson One was, “If they come in for Maybelline, don’t try to talk them into Chanel.” And Lesson Two was, “Go to college, honey, ’cause you don’t want to be selling makeup your whole life.”

Both lessons have served me well.

I did go to college, and became a journalist, a career that I semi-retired from in August after 45 mostly joyous years on the job. As for the other lesson, I don’t waste my breath trying to convince people whose minds, hearts, or wallets are already made up.

Actually, on that last point, I’m giving it one final try: I’m here to convince you — maybe, more like give you permission? — to retire too, if you’re on the fence and money is mostly what’s stopping you.

Because while I’m just a month or so into what a friend has dubbed the “land of unstructured time,” I honestly don’t know what took me so long to get here.

So many worries, so little time

Well, I do, actually: Like much of the rest of the middle class, I was choking on the financial insecurities of older age.

Only 17% of workers are very confident they’ll have enough money to live comfortably in retirement, according to a 2018 EBRI study — and that percentage has been sliding down steadily since 2015. Which helps explain why “not being able to retire when I want to” is the top financial concern of baby boomers like me, a recent PwC survey found.

Only 17% of workers are very confident they’ll have enough money to live comfortably in retirement.
Retirement Confidence Survey 2018
EBRI

I had questions about my financial future, so many questions: Would Social Security continue to be a safety net, standing between me and a menu of catfood? Would Medicare still be around when I hit my 80s? Will my house be worth anything in five years; will the stock market crash and leave me penniless; will I be struck down by illness and wish a Mack truck had finished the job?

Even the simplest and most straightforward question — “How much money do I need to retire?” — came with a fuzzy answer.

Take the old rule of thumb that you should save enough to replace about 70% of your annual income once you stop working.

If you’ve already paid off your mortgage, though, you might only need to replace only 60% of your pre-retirement income, as the fine print for this retirement savings calculator points out. On the other hand, if you’re going to travel a lot, you might have to sock away enough to replace 100% or even 110% of what you made before you called it quits in order to live comfortably after retirement.

Someone much smarter than me once said that worry was nothing more than our futile attempt to control the unknown. And unless you are a one-percenter, your future is filled with plenty of unknowns when it comes to retirement.

For me, the light bulb that illuminated my path to retirement came on gradually. It became clear to me that I did not want to be carried off the job on a gurney, but it took a while.

A two-year stint as my husband’s caregiver — he died in January 2017 of kidney and heart failure — left an indelible mark on me. I learned first-hand  that life is short and a healthy life even shorter.

I turned into the person who scans the obituaries looking first for an age, then for a reason. If the deceased was older than me, I could forgive them for dying because, after all, that’s what older people do.

But if they were younger, their death lingered and was hard to push away. I wondered if when they woke up that day, they knew it would be their last — and I hoped that they spent it well.

Each week seemed to bring news of a former colleague or neighbor, a friend or a friend of a friend just diagnosed with an illness. Facebook friends swapped the names of disease specialists with a fervor that some may have shown for swapping spouses in the 1970s.

And with each new ache, my own body reminded me that its parts were not covered by a warranty.

Flip the question on its head

I began to recast retirement in different terms. This crucial question was really this: Could I actually afford not to retire?

With each new ache, my body reminded me that its parts were not covered by a warranty.

There are numerous studies that show work “is far and away the major source of stress for American adults,” reports the American Institute of Stress. Even jobs we love are stressful, I can attest. And stress, plenty of research shows, is a killer — or, at the very least, an accomplice.

Make peace with the trade-offs

To pull the trigger on my full-time work life meant accepting that I would be downsizing — and realizing that living smaller isn’t the worst thing in the world.

I accepted that I will not likely be able to replace the income I walked away from, but I’m relishing the fact that I am still healthy enough to walk anywhere. And yes, as evidenced here, I am still able to supplement my fixed income with some freelance writing.

Numerous studies show that work “is far and away the major source of stress for American adults.”
American Institute of Stress

Living on less means resetting priorities and differentiating between your wants and your needs. Acquiring possessions doesn’t really make you any happier, am I right? You can live smaller, own less, and still find ways to be happy.

Whatever you have — Social Security, a rare company pension, a 401(k), IRA, investments, or income from rental property, or, yes, even the occasional freelance or odd job — is what you will have. Period.

The challenge is learning to live on that amount.

Happiness, ultimately, is in the eye of the beholder. And, for what it’s worth, there is nothing wrong with Maybelline.