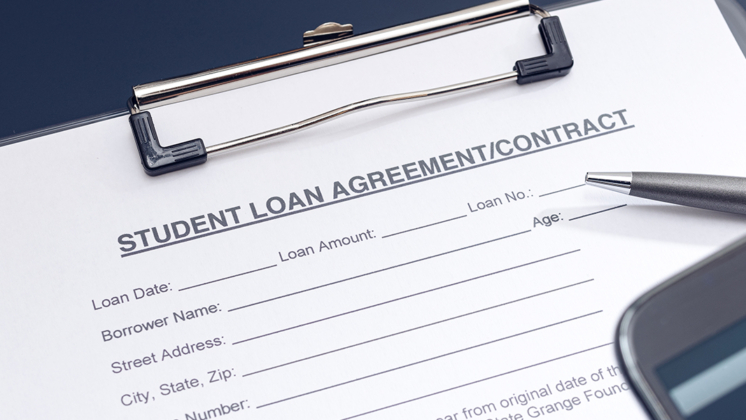 Your kid is days away from hitting submit on her college applications. You’re crossing your fingers that she gets into the school of her dreams—while trying to calculate just how much you’ll be on the hook come freshman year.

And that number just might be higher than you expected. Because daunting as the “cost of attendance” numbers listed in college brochures and websites might sound, there are also lots of unexpected costs that aren’t necessarily included.

“The cost of attendance is really more like an average or baseline,” says Elaine Griffin of Edvisors, a college cost consulting firm. “It can be much, much higher.”

With a little knowledge and advance planning, you can cut some of those extra expenses down to a minimum—or at least budget for them ahead of time. Below are the four big ones to watch out for.

You bought your kid the meal plan, which seemed comprehensive enough to cover every craving. Then you see hundreds of charges on his debit card going to local restaurants and fast food joints. The hours at the dining hall just don’t seem to mesh with his class schedule—or, more likely, social plan.

Often schools require students living on campus to sign up for a meal plan—that’s the “board” in room and board charges. In 2015-2016, four-year public colleges and universities charged an average of about $4,400 for meal plans, according to U.S. Department of Education data. Private institutions charged about $5,600 on average.

Luckily some schools offer a variety of plans with more flexible options such as weekdays only, or even a certain number of credits to cover infrequent meals throughout the semester. Some schools charge as little as $900 for a five day a week option.

You’ll likely be tempted to sign up for a full plan to start. But after first semester, take a look at your child’s eating patterns, and if it makes sense, scale the meal plan back to one of the more limited options, adding the money you saved to the outside meal plan budget.

Then be sure to discuss with your child the limits on spending for outside food.

And since some dining out is inevitable, encourage your child to frequent spots where a student ID gets them 10% to 20% off the bill, says Griffin. Many schools also allow students to use meal credits at local venders that participate in discount programs.

Colleges can offer an amazing smorgasbord of academic and extracurricular options—and an equally amazing array of fees to match. Unfortunately, many of these charges are not included in the traditional “tuition and fees” number colleges disclose.

In 2015-2016, four-year public colleges and universities charged an average of about $4,400 for meal plans.
U.S. Department of Education

According to various school surveys, supplemental fees (those not included in the official tuition and fees number) can range from $200 to $12,000. Because these fees are supplemental, they are not covered by financial aid.

And that’s not even taking into account the costs of joining a fraternity or sorority, which can easily cost thousands in chapter and social dues, swag and, yes, infraction fines.

To get a handle on academic fees outside of your tuition and fees charge, have your child consult with his or her advisor early in the semester. The advisor may know of good ways to cut costs.

At one college, for instance, music fees are waived if a student sells a certain number of tickets to the annual concert.

Supplemental fees—those not included in the official tuition and fees number—can range from $200 to $12,000.

In this case, the school you choose can really make a difference, says Griffin. If you know your child is interested in overseas studies, look for a school with an established program and, importantly, one that will apply financial aid awards toward a semester abroad. (Not all colleges do.)

Even in these cases, however, extra spending is bound to occur depending on where and how long your child travels. Costs will likely include overseas phone and internet charges (you’ll want to be in touch), local transportation and, of course, that extra stash for backpacking excursions after the semester ends.

Best advice: Save early. If your child has even a vague desire to study abroad, tell him that at least some of her summer job and birthday money need to be used to cover the extra costs. “It’s all about planning for this great experience,” says Griffin.

If your child is applying to schools far from home, you know you’ll have to pay to get him there. Even so, “Parents routinely underestimate transportation costs,” says Griffin.

First, your child will likely be traveling during peak holiday travel times when air, bus and train fares are highest.

Then there are random trips home when your child gets homesick or you’re celebrating Grandma’s birthday. And don’t forget that you’ll be making trips to campus, too, for parents’ weekend and other visits.

Take a look at a site like Kayak.com or Travelocity.com to get a realistic sense of what fares will be like on the days your child would likely be traveling, and see if you can find lower fares. Perhaps she can travel on Thanksgiving or Christmas day, for example, when prices are generally cheaper.

Luckily, colleges plan their academic calendars well in advance. So almost as soon as your child gleefully opens her acceptance letter, you can start scouting out the best fares.