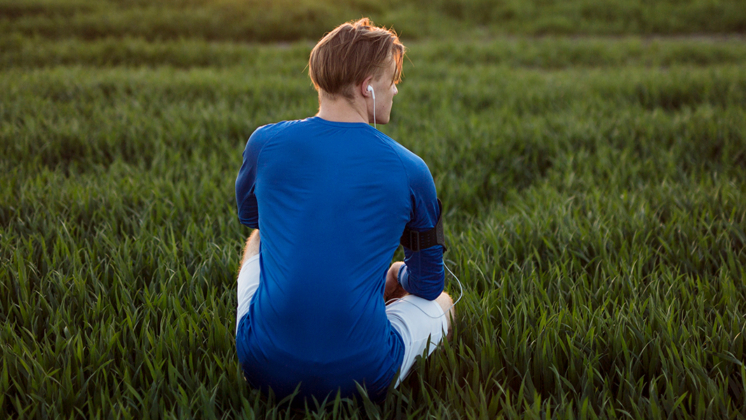 There is a truth about retirement that many people just don’t talk about: Retirement is about as boring as watching grass grow.

I actually did that last week — watch my grass grow. In my defense, we had to reseed an area of the back lawn after the outdoor furniture had killed off everything living beneath it, leaving what my real estate agent affectionately called our “lawn tattoo.”

Anyway, he called and asked how it was growing in and I went out to check. Still, it felt like the day’s highlight: a real conversation with a real person.

Retirement, it seems, is a solo sport. You have a lot of dead time, pardon the expression. Working friends are, well, working and thus unavailable to hang with you. And, when they do, you sense that they find you a whole lot less interesting now that you don’t work. I chalk that up to how many of us were defined by our jobs and thus, without a job, become unrecognizable if not outright unseen.

One friend, now a retired financial planner, sent me a New York Times article with a chirpy message about how I needed a hobby. She knits. I read it and learned about all the benefits of hobbies.

“That’s nice,” I told the dog, who is my go-to conversation partner most days. Let’s just say the pup has other uses for newspapers that try to tell us what we should do.

Some of my retired friends just keep working — but in a volunteer capacity. A young friend once foolishly made the argument to me that by not retiring, I was blocking the hiring and natural ascent of younger people in the workplace. I pointed out that I shared the same need to eat as younger people and she retreated to the safety of her OK Boomer world.

Now that same friend urges me to do volunteer work. How is “stealing” a paycheck from someone by doing a job for free any different than occupying a seat in the workplace and thus “stealing” it from someone younger? #OK illogic.

Other retirees volunteer for more personal reasons. My super-smart scientist friend retired from her lifelong career spent working on a cure for cancer and now volunteers in a hospital’s cancer ward one full day a week. She likes talking to the patients and their families and believes she can help explain in plain English — or Spanish or German or any of the other half-dozen languages she is fluent in — what is happening to their bodies.

I suspect that she is not unaware that if her research work had gone differently, she might not be starting each visit with “I’m sorry.” I call that unfinished business and feel the same about the book I’m stalling writing.

Then there are my other well-meaning friends who hiccup the “you cans” at me. You know, “You can do this or that.”

My retirement planning was largely centered on my finances. Would I have enough money for the rest of my life to pay my bills and avoid the cat food aisle?

Sure, I can volunteer at the animal shelter or read to kids or do a million other unpaid and presumably self-rewarding tasks. But I’m pretty sure that’s not going to happen. It’s not who I am. Retirement activity isn’t a one-size-fits-all plan.

Like a lot of people, my retirement planning was largely centered on my finances. Would I have enough money for the rest of my life to pay my bills and avoid the cat food aisle?

Truth is, I still don’t know the answer to that question. There are too many factors outside my control to do anything beyond making an educated guess about the future of Social Security, my pension, or the stock market’s grip on my 401k.

My short-term answer has been to pick up some extra cash when I can, and while I can. Anecdotally speaking, the shelf life for a freelance writer who is about to turn 70 is about two years. In other words, the work dries up and with it, publishers’ interest in you. So, I carry an expiration date.

What I did know a year ago when I put in my papers was that going to work every day was becoming less fun. I was 68, past the traditional age of retirement, and had just a year earlier buried my husband. I bore the scars of caregiving for him and needed time to let those scars heal. I joked that I was going to sleep for three months and dust off my library card and would need little else. I was wrong.

The grass is growing just fine without me watching.