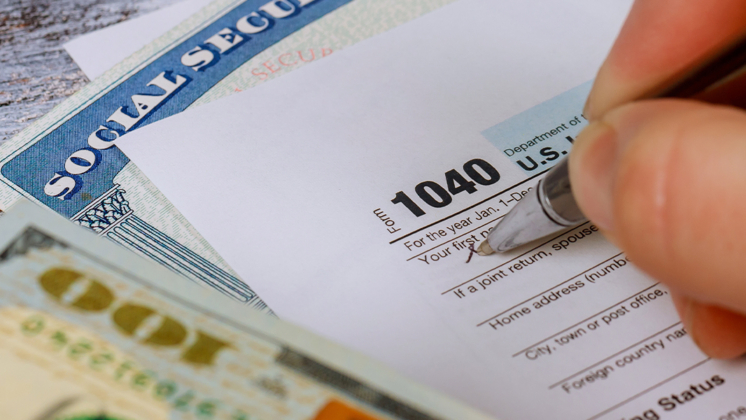 Is this true? It is scary how can I be only entitled to 30% because of a decision he made that I had no role in making. I have a low-paying job and don’t want to work until 70.

Thank you for clarifying this. I am dreading retiring!

Phil Moeller: What you were told was incorrect. Your ex-spousal benefit at your FRA is equal to half of your ex-spouse’s benefit entitlement at his FRA, regardless of when he actually filed. This is called his “primary insurance amount.”

So, when you go into the office, that is what you should tell the agency. If they continue to disagree, get their name and phone number and I’ll call them!

Your ex-spousal benefit at your FRA is equal to half of your ex-spouse’s benefit entitlement at his FRA, regardless of when he actually filed.

I have more good news! When you turn 66, you can file what’s called a restricted application for just your ex-spousal benefit. This strategy was grandfathered into the 2015 changes to Social Security laws and is permitted for anyone who was born on or before January 2, 1954. You qualify, albeit barely, and thus can file for the ex-spousal benefit while deferring your own retirement filing until you turn 70.

If your own retirement benefit at 70 is greater than your ex-spousal benefit, you will receive an additional payment equal to the difference.

Lastly, if you do continue to work after reaching your FRA, your earnings will not reduce your Social Security benefits.

I hope this information has helped reduce your dread of retirement!

Diane – Florida: My husband died in 1998 at the age of 50. I am disabled, and when I turned 50, I began receiving survivor benefits. I was only receiving about 72% of what he would have gotten. When I turned 66, my disability benefit was converted to a regular survivor benefit but I did not receive any more money. Shouldn’t I now be getting 100% of what my late husband would have been getting?

Phil Moeller: Survivor benefits reach their maximum if the claimant waits to file until they have reached their full retirement age. You filed much earlier, of course, so your benefit was reduced.

This may seem unfair, and I generally hammer Social Security for its benefit rules. But your benefit at 50 was much increased due to your disability, and 72% is not a bad deal given that you’ve been getting benefits for nearly 20 years.

Phil Moeller: If you claim at 66, your benefits in future years might increase modestly if your earnings in those years were large enough to qualify as one of your top 35 years of earnings. Because Social Security bases benefits on 35 years of earning, a single year’s earnings by itself would not have a large impact on your total benefits.

If you delayed filing at 66, your benefit would rise at the rate of 8% a year until age 70, at which time it would reach its maximum.

So, if you are going to keep working until you are 70 and can afford not to claim your Social Security, you should consider not filing until later.

Laurel — Massachusetts: My husband is 69 and never signed up for Part B of Medicare because he has been on my insurance since retirement. I plan on working full-time for another five years and will still carry the insurance. Should we sign him up for Part B even though we’ll be paying the penalties or should we stay as we are?

Bernie – California: I run a small company. We have an employee who is 66 and has decided not to enroll in Medicare because he is fearful of incurring a penalty with Medicare. We are not pressuring him about what to do but want him to make the best decision for himself by giving him accurate information.

Financially, he will pay about half the premiums and increase his benefits with Medicare compared to staying on our group plan. He is concerned about a penalty and so does not want to consider his options. Can you explain the Medicare Part B penalty in his case and when he would enroll in Medicare while he is still employed if he so chooses?

There is no penalty for signing up for Medicare at 66 if the person has been covered by your plan as an active employee since turning 65.

Phil Moeller: There is no penalty for signing up for Medicare at 66 if the person has been covered by your plan as an active employee since turning 65.

David: I saw your recent discussion about Medicare penalties and noted your statement that if an employee provided a signed form from their employer showing they were insured, there would be no penalty for failing to enroll by age 65. My employer provided me with a statement that our insurance doesn’t meet certain minimum requirements and is not equivalent to Medicare, and that failure to sign up for Medicare could result in a penalty, as well as more expensive health care since our coverage isn’t as good as Medicare. Could you clarify this for me?

Employers are required to certify that their plans are comparable to Medicare or else the employee needs to get a Part D Medicare plan. There are specific requirements for drug coverage, and I’m told that the rise of high-deductible plans has triggered more comparability problems.

I do not know the specifics of what your plan needs to provide to satisfy this requirement and must assume your employer is telling you the truth about its plan. In that case, you would need to get Medicare or later be subject to late-enrollment penalties.