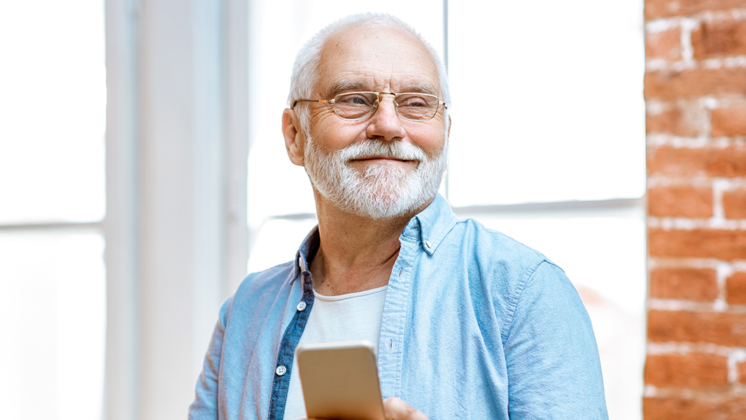 If you’re contemplating getting a new cell phone over the holiday season, you have an important question to answer: What are you going to do with the old one?

“People tend to transfer their stuff from the old phone to the new phone and then stick the old phone in a drawer, thinking that they might use it later as a backup or something,” says Andrew Moore-Crispin, director of content and brand for Ting Mobile, a discount cell phone service. “But by the time you find it in that drawer two years from now, it’s practically worthless. The smarter thing is to sell it right away.”

Dozens of online platforms specialize in buying and selling used smart phones. If the phone is in good working condition and doesn’t have a ton of cracks or scratches, resale prices can be surprisingly generous—$175 to $350 for a two-year-old iPhone 7, for example.

Flip phones are potentially sale-able too, but their resale price is so paltry that few electronics platforms will trade them.

“If the smart phone is relatively new and in good condition, you could get quite a lot for it, which can really help offset the price of a new phone,” says Ben Edwards, chief executive and founder of Swappa, a site that specializes in selling electronics online. “We see a big increase in activity around the holidays.”

Where are the best places to sell your cell? That depends on the type of phone you’re selling and whether you’re willing to do extra work to get a higher price.

If you want to sell easily

Four well-regarded sites—ItsWorthMore,  TheWhizCells, Gazelle, and MaxBack—buy used cell phones directly from consumers. These sites then turn around and resell the same phones for a profit.

This approach is fast and simple: You go to the sites, tell them what you have, get an offer and, assuming it’s good enough, mail in the phone. You get paid within days.

“By the time you find your old phone in that drawer two years from now, it’s practically worthless.”
Andrew Moore-Crispin, director of content and brand for Ting Mobile

However, you still need to shop around if you want the best price. That’s because the direct-purchase site that will give you the best deal will depend on the make, model, and condition of your phone.

For example, ItsWorthMore offered the most for an iPhone 7 (128 GB) in good condition—$216. TheWhizCells offered $195, provided that the phone was in excellent shape, but just $70 if it had a cracked screen or other significant blemishes.

A Google Pixel 2 brought the highest price at Gazelle—$245—and the least at It’sWorthMore ($156).

It’s worth noting that Apple also has a buy back program, which priced an iPhone 7 at $200. But Apple pays via gift card. If you don’t plan to buy another Apple product, you are better off with the sites that pay cash.

If you want to get the highest price

If you’re willing to do a little extra work, you may be able to make considerably more by selling through a marketplace like Swappa or Glyde. These sites allow individual buyers and sellers to connect and negotiate a sale or purchase on their own.

While this can take weeks, rather than minutes, the sales prices are often 30% higher.

Glyde will take 15% of the sales price as a fee, however. And your sale may not be final. Buyers have 72 hours to return cell phones for a refund and Glyde’s customers are unusually likely to do that.

Both sellers and buyers on Glyde say that’s because the site doesn’t allow the seller to accurately describe the phone’s condition or answer questions from the buyer. That leads to misunderstandings and some returns.

Swappa has a less-contentious sales process. However, it requires every seller to plug in the phone’s identification number so that the site can verify that the phone has not been stolen or otherwise “blacklisted” before it can be listed on the site.

If you’re willing to do a little extra work, you may be able to make considerably more by selling through a marketplace.

A few additional caveats: All of the direct-purchase sites—Apple included—have the right to reduce their offers if the phone arrives in worse condition than was described by the seller. None of the sites listed here appear to abuse that privilege. But that’s not universally the case.

Whichever site you use, be sure to check its reputation and terms before you send in something as valuable as a smart phone. Several sites that promise to purchase electronics are notorious for losing consumer packages and devaluing merchandise after it’s been shipped.

Finally, if you do sell your phone, make sure to clear your private data before sending it off to the new owner. To do this, restore the phone to factory settings; that erases your stored information.

This story originally appeared on  © SideHusl.com