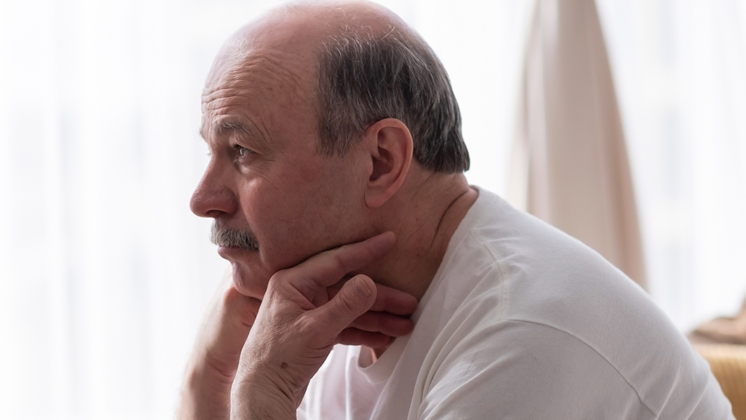 Being the poster child for broke baby boomers was not on Elizabeth White’s bucket list. But as she admits in her provocative new book, 55, Underemployed, and Faking Normal, that’s sort of what she’s become. Not by choice.

White, now 65, has an impressive resume, with advanced degrees from Harvard and Johns Hopkins, and a career at the World Bank under her belt.

In her mid-50s, after starting a business that eventually failed and then becoming a consultant, she found herself looking for work again.

She still had the great credentials, but the phone wasn’t ringing.

“I went from a very decent income to zero,” she says. “I didn’t get the kind of response from my job hunting efforts that I was accustomed to getting with World Bank and Harvard and Hopkins.”

After talking with friends and other people in her age group, she realized that her situation was not unique. Lots of her friends were in similar positions; their financial futures were not looking bright.

It was traumatic for practical reasons: She was broke. But also for psychological reasons: After all, she had always been successful. Now what was she supposed to do?

“I went from a very decent income to zero.”
Elizabeth White
“55, Underemployed and Faking Normal”

Statistics back this up. By 2035, 40% of older workers and their spouses will be downwardly mobile, falling into poverty or near-poverty in old age, according to a study by the Schwartz Center for Economic Policy Analysis at the New School.

And though the number of jobs held by older workers increased by 6.6 million over the last decade, 52% of those jobs—over 3.4 million—paid full-time workers less than $15,000 a year. Ouch.

Struggling to make sense of this all, White wrote her book and self-published it two years ago. It was such a big hit—an essay on Next Avenue that went viral, a TEDx talk that has received over 1.3 million views— that Simon & Schuster relaunched it this month.

This conversation has been condensed and edited.

What do we get wrong when we talk about retirement?

But that was not what I was seeing around me. I was seeing people looking at downward mobility and jettisoned from their jobs.

One study recently found that in your 50s, half the people are going to lose their jobs because of termination, toxic environments, downsizing. Half!

The people you’re talking about, do they have any savings?

You’re a woman of color. Do you think that played a role in the challenges you faced as you got older?

If you think about when Social Security was introduced in 1935, the lifespan was 61. Before, you’d retire, live a few more years and then you died. You didn’t have this 25 years in older age. Ten-year-olds now are going to live to 100!

We’re in a whole new era where not only are people living much longer, they have a much smaller nest egg. We are the first generation to live out here without a net.

What sorts of things are people doing to make ends meet?

They’re trying to cobble together different income streams. The fastest growing segment of Airbnb is people over 50. Empty nesters are renting out a bedroom.

It’s also why you see more Uber drivers over 50 than under—because people are cobbling together income streams. I have friends who work at the Container Stores who have PhDs in economics.

The big systemic thing is above my pay grade. My book is really about what happens in the meantime. We’re not even having the conversation that would allow the systemic things to happen. This whole conversation is that the reason you landed here is your fault.

“There’s no rescue here. We’ve got to get rid of magical thinking.”
Elizabeth White
“55, Underemployed and Faking Normal”

I say to people—”your bootstrap ingenuity is no match for escalating health care, education costs and housing costs.” You’re not going to head fake your way out of rampant age discrimination. All this stuff gets put on you: what can you do. You can dye your hair, you can take the dates off your CV.

I want people to understand that they’re not alone. Since we’re not having this conversation, people think they’re alone and the tape starts turning: “I’m a loser, it’s my fault.”

We don’t convene and talk. There’s power in numbers, but we’re not going to exorcise this if we think we’re alone and a loser.

The second thing I want people to realize is that the cavalry is not coming. There’s no rescue here.

We’ve got to get rid of magical thinking. People think, “If I just do what I’ve always done, polish up my resume, go to one more networking event, it’ll all return to normal.” It’s not going to.

Give me a concrete example of what people need to do.

My book takes the mindset that you’ve got to be ready for where we are. You also have to get off your throne.

I had a meeting in New York, and I took a Greyhound bus from Washington, where I live, to New York. I’ve flown the Concorde! But I put my behind on the bus and I got there. Because that’s where I am right now.

If you need to borrow money from your brother or sleep on his couch—your neat-nut brother who you barely get along with but he’ll let you stay there—you do it. Do what you need to do to go another round.

“Do what you need to do to go another round.”
Elizabeth White
“55, Underemployed and Faking Normal”

You talk about “smalling up.” Explain what that is.

The idea is that you have to do what you need to feel grounded, rooted, and connected in your life. It’s different from person to person.

I recently went out to dinner and divided an entrée with a friend; we both had a salad. Somebody might say, why are you in a restaurant when you can’t afford it?  And I’d say, because that’s what I like.

Now, I have a friend who’s a flute player. He spends no money on cars—he drives these Fred Flintstone vehicles—because he spends his money on instruments. That’s what’s important to him.

The TED Talk, the viral post, the book….how has life changed for you?

I often get recognized now….that is, often for a non-celebrity.

Does any of that translate into work?

I’m still in a feast or famine situation. But the light I see at the end of the tunnel? I’m confident now it’s not a train barreling down on me.

I just signed a small consulting contract with the AARP foundation. Speaking gigs are picking up. I also have some small paid writing gigs. I’m creating my casserole of interesting work.