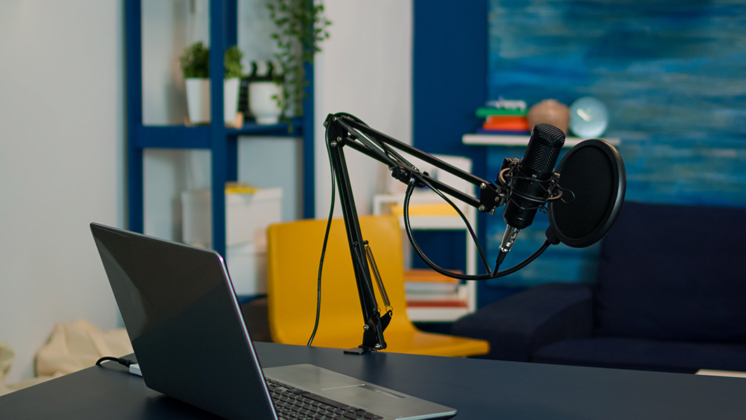 Every June, more than 35,000 visitors, most of them teens and twentysomethings, descend upon the Anaheim Convention Center for Vidcon, the annual convention for people who make online videos. But in this wild and woolly world of YouTube creators, a new type of star is slowly emerging: the 50+ online video star.

True, the growth in the ranks of YouTube channel creators over 50 is more of a trickle than a flood—especially when you count those with a substantial number of subscribers. “When I go to YouTube Space Toronto [conferences] for meet and greets or other creator sessions, I’m the oldest person in the room by about 20  years,” says 67-year-old creator Maarten Heilbron.

But, as Heilbron notes, “The gap is narrowing as more creators in or closer to my age bracket seem to be participating.”

The average age of YouTube viewers is rising too, with the number of those over 55 tripling between 2015 and 2016.

For many older YouTubers, the transition to video storytelling is accidental, the outgrowth of a passion, hobby, or side hustle. But their channels—everything from travelogues to fitness tutorials, tech explainers to cooking shows—provide a savvy and engaging way to get their businesses in front of a larger audience and potentially bring in a little money from brand sponsorships or affiliate marketing relationships.

In the story that follows, you’ll meet seven successful YouTube creators over 50, see why their videos have attracted millions of views, learn a bit about what it takes to stand out in this space—and maybe get inspired to join their ranks.

The premise: Making cooking Korean cuisine easy and approachable one video at a time—she has uploaded more than 500 since launching her channel in 2007—Emily Kim, 61, better known as Maangchi, has been dubbed the “Julia Child of Korean cuisine.”

Having worked as everything from an English translator in Korea to a family counselor in Toronto, Kim describes herself as a “typical Korean housewife who likes to cook delicious food.” She posted her first video on YouTube at the suggestion of her son.

One best-selling cookbook and many newspaper profiles later, Kim now has more than 2.7 million followers, which says as much about her accessible and bubbly approach as it does about the online community building savvy she developed as an online gamer from 2003 until about 2009 (Maangchi is also her online gaming handle).

What’s to like: From classic kimchi and bibimbap to Korean fried chicken and chapssal red bean paste donuts, Kim’s online video tutorials, most of which are shot in her small NYC apartment, are easy to follow and fun to watch, thanks to random emoticons and on-screen text tips.

Kim also offers Korean twists on American classics like hamburgers and pancakes, as well as primers on navigating a Korean supermarket.

If you’re looking for a mouth-watering video, check out her crunchy Korean fried chicken recipe.

The master of DIY: Kip Kedersha

The premise: Kip Kedersha, 60, has been posting online videos, and making money at it, since before YouTube even started its revenue sharing model in 2007. His Kipkay channel, with more than 500 videos on DIY product hacks, tricks, projects, and practical jokes, originally launched on Metacafe in the mid-aughts and later migrated to YouTube.

The mostly DIY videos are a useful and entertaining mix of everything from increasing the range of a TV remote and making a beer can Wi-Fi booster to reigniting a left-for-dead lighter and a charging your cell phone with fire. Plus you’ll find an array of April Fool’s day pranks (like making that same TV remote haunted).

What’s to like: Everyone loves how-to videos, but most are dry and boring. Kedersha’s kooky hacks for everyday products offer endless weekend afternoon projects for any incorrigible tinkerer. What better use for an old 8-track player and 8-track tapes than to convert them into a retro lamp?

We’re obsessed with this instructional video on how to revive a dead lighter.

The premise: As an entertainer at children’s birthday parties for than 35 years until he retired in 2007, Tim Rowett, 75, has amassed a lot of toys—his collection numbers around 25,000 pieces, most of which are no longer for sale. But thanks to the YouTube channel that he hosts, Grand-Illusions, they are not gathering dust in some storage unit.

Produced in a straightforward, show-and-tell style, each episode features Rowett talking toys past and present, from pneumatic toys from the 1980s to esoteric wind-up Japanese automata, each time revealing some of the science behind the device’s mechanics.

What’s to like: Rowett’s videos are shot and edited by a pair of former BBC producers, and the deadpan aesthetic belies the scientific and technological takeaway about the gizmos and doodads. Who knew there were so many wacky erasers or finger fidgets?

Rowett’s prowess keeping kids entertained at birthday parties enables him to keep viewers glued, whether he’s describing how to create nifty toys out of old wine-bottle corks or walking through some card tricks. After watching a couple of episodes, you’ll be hard pressed to stay off of eBay.

Watch as he shares his collection of unusual whistles, one of which is made out of candy!

The premise: Born in Holland and raised in Canada, Heilbron, 67, spent most of his career writing about technology and travel for the Toronto Star and other publications. When the print assignments dwindled, Heilbron learned how to produce videos. Now he uploads several a week, which run the gamut from straight-up camera reviews to photography pointers and explainers.

What’s to like: There’s nothing flashy about these videos, but, as you’d expect of a former newspaper writer, they’re thought through and detailed. Whether it’s a review of the latest Canon full-frame prosumer DSLR or a roundup of the best travel cameras, Heilbron leaves no stone unturned or unexplained, offering verbal and visual demonstrations of camera features and photo-taking strategies.

Serious photographers and camera-shy novices alike can benefit from his insights, and it’s a welcome break from the breathless spec and model run-downs and hyperkinetic graphics of many gadget and camera vloggers. The appeal is universal: Heilbron says that more than 50% of his viewers are in the 25- to 45-year-old demographic.

In this video he shares vacation photo hacks with the popular Sony RX10 IV camera.

The premise: At 66, Wendy Ida holds two Guinness World fitness records: oldest active instructor in multiple disciplines, and the woman who’s done the most burpees (37) in one minute (also known as squat thrusts).

But you might think she’s 20 years younger by looking at her washboard abs and inspiring workout videos, which run the gamut from meditation tips and skin care advice to motivational speeches and dance-workout sessions. It’s all delivered in an accessible, gentle manner that’s regularly punctuated by an encouraging “you can do this!” mantra.

What’s to like: If there’s proof that it’s never too late to get in shape, or change your life, then Ida is it.

After escaping an abusive 13-year relationship, she moved with her two kids to California, where she started to work out and ultimately shed 80 pounds, becoming a certified trainer in the process. Taking up body building at the age of 57, she has since won several national championships.

“I want women 40 and above to be able to handle the setbacks in life—whether it’s divorce…relocation…promotion…disease…or the death of a parent,” she says in one of her videos. Ida makes such seemingly insurmountable challenges as easy and fun as jumping onto a dance floor.

Get a big dose of Ida in her popular “Reel Tips” video.

The premise: Italian food is a lot more specialized and localized than most stateside restaurants would have you believe, but author, blogger, app developer, and Instagram-story-and-YouTube-video-creator Elizabeth Minchilli demystifies it all.

A resident of Italy for more than 30 years, Minchilli started a food blog in 2009, writing about local restaurants, chefs, and food preparation, adding YouTube videos a year later. In 2011, she parlayed her know-how into a series of location-aware smartphone apps that made quick work of picking restaurants in most Italian cities.

Her YouTube videos run the gamut from a hands-on tutorial of Roman pizza al taglio with the “Michaelangelo of pizza,” Gabriel Bonci, to torta al testo from her kitchen in Umbria. Minchilli has also written two food books—Eating My Way Through Italy was published in May 2018—and runs food tours and cooking classes.

What’s to like: Minchilli doesn’t often appear in her videos, but the deep expertise, delivered in a pithy, text-superimposed-on-the-screen style while wordless traditional Italian music plays in the background, is what these strangely hypnotic videos are all about.

From watching mozzarella balls being formed by hand to a quick-and-dirty demonstration of cacio e pepe prep, you can’t help but come away from Minchilli’s videos a bit wiser on Italian cuisine. After all, when was the last time you saw, much less knew, how Bari artisans hand-roll and form orecchiette?

A fan favorite is Minchilli’s instructional video on making carbonara.

The premise: Some grandmothers spend their days knitting or playing bridge. Shirley Curry, 82, who has four sons, nine grandchildren, and a great-grandson, plays video games, a hobby she’s been pursuing since 1992, when her son gave her a PC and the game Civilization 2.

After taking up the first-person RPG (role-playing game) Skyrim in 2014, a fellow online competitor suggested she record and upload her gaming session on YouTube. Curry’s videos offer an unpretentious, chilled-out alternative to the in-your-face antics and gameplay of the growing number of online video game walkthroughs.

Curry now has hundreds of videos (she uploads daily, with some breaks) and a flurry of almost entirely positive comments, which proves that the kids still respect their elders.

Games like Skyrim—and Ark and Far Cry Primal, also streamed on YouTube by Curry—don’t necessarily require a love of adrenaline to enjoy: They’re not all slaying, death-defying moves, or explosive, gory graphics and surround sound. Sometimes it’s just a nice walk in the woods. “I love the flowers you can pick, the majestic mountains, the old dead trees,” she explains. “Sometimes I like to go on an adventure.”

Watch as she plays Skyrim as her character “Sangria.”