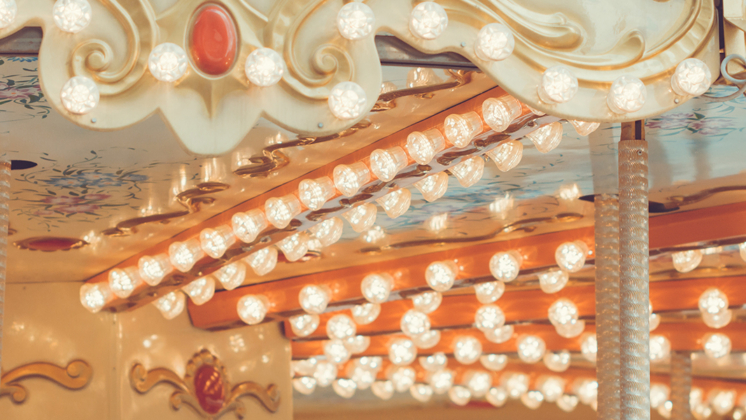 Retirement isn’t exactly what it used to be. Sure, most retirees who move still move to Florida. But according to a survey by the TransAmerica Center for Retirement Studies, a full 40% of boomers are keeping their resumes ready and their skills sharp to continue working after the age of 65.

If you’re among the two of five who plan to work in your retirement, and you’re also one of the tens of thousands who move to the Sunshine State each year, you should know that the Happiest Place on Earth has a wide array of jobs waiting for you.

Disney World employs 74,000 people—called Cast Members, of course. On top of being a fun place to work, Disney offers employees a suite of incredible benefits, including complimentary park tickets and deep discounts on food, merchandise, hotels, and more. Plus there are perks, like behind-the-scenes tours, cast member parties, a cast members-only retreat. Here are 11 Walt Disney World Resort jobs that are perfect for retirees.

Park greeters are among Disney World’s most beloved cast members. Art Lark, a longtime greeter at Disney Beach Club Resort known by all as Art the Greeter, maintains a modest social media following more than a decade after his retirement. If you’re interested in meeting people from the world over, and you have some experience in hospitality or customer care, this is a great option for you.

A character attendant is basically a character performer’s liaison to the guests. You’ll relay info about performances times, help characters with costumes, and assist with special guest accommodations. An attendant has a front-row seat to all the action of a character performer, but without the hassle of spending all day in character. If you love watching kids meet their favorite princesses or being generally helpful, this could be a good role for you.

If you’ve retired to Florida, chances are you’re planning to spend many of your waking hours on a boat anyway. Three of Disney’s major parks are accessible by water, so The Mouse keeps an armada of ferries, cruisers, water taxis, and riverboats fully staffed and running from port to port. If you have boating experience and would love to tell the grandkids you spend your weekdays making magic on the Friendship I, this is the right job for you.

A park filled with excited children is bound to see its share of minor scrapes and bruises. This role is particularly attractive because most park injuries require little more than bandages and Tylenol, but medical experience is a huge bonus. Additionally, the first aid stations are air-conditioned and there is little walking or outdoor work required.

Disney front desk attendants are in the enviable position of giving every Disney visitor all the info, keys, passes, and packets they need to enjoy their vacations. Just like the greeters, this role is best performed by those with hospitality and service industry experience.

Disney World guests all know the walk from parking to the Transportation and Ticket Center is no small feat. That’s why tram drivers are so important to the park and to the guests’ first impressions of their Disney experience. This is a great job for anyone who might also be considering Uber or Lyft, as the hours are routine and the guests are (probably) sober.

Sure, Disney World is mostly for children, but adults have to bring those children. And now more than ever, childless adults are visiting Disney World solo. That means there are drinks to be had, and The Mouse needs people on staff who can whip up a gimlet from memory. This is a great job for any retiree with restaurant or bar experience, or just great people skills and a capable hand with the cocktail shakers.

If you happen to love everything about Walt Disney World Resort already, you’re probably also going to be great as an attraction attendant. This job is for the enthusiastic and knowledgeable, because you’ll be answering questions, taking tickets, and helping guests make some magic—right where the action is.

If you’d love to see the smiling faces of all Disney’s guests, but don’t feel like you’d be up for a greeter role, this is the gig for you. Entrance operators scan magic bands, check bags, and generally ensure that anyone in the park has tickets. It’s the best of all worlds for personable types with a tendency to be helpful, but don’t necessarily want to be on their feet all day.

Like the attraction attendants, the ticket sales staff are indoors, air-conditioned, and generally see guests at their most excited and eager. This is a great job for any retiree, but if you’ve ever worked in sales or customer service, you’ll be especially effective here.

This is the type of job children dream of doing when they grow up. Incidentally, it’s also an excellent job for those who have been grown-ups for a while. The train and monorail conductors need an active Florida drivers license, and experience in travel service is preferred, but not mandatory. You’ll be in charge of taking Disney World guests from stop to stop in a safe, enjoyable route, and you’ll do it all from the comfort of Disney’s most popular mode of transportation. Who wouldn’t love that?

Another way to make money off Disney: old VHS tapes

eBay is littered with Disney classics with asking prices of just a few bucks. In two cases, though, you may be able to do far better. (And, as with toys, games, or any collectible, factory sealed packaging helps—maybe your daughter got two copies of Beauty and the Beast for her birthday?)

The first is if you own The Little Mermaid with the original cover art from 1990, which depicted a castle spire that some said resembled a part of the male anatomy. Since Disney issued a redesign after that mistake came to light, those are scarce. An unsealed one sold for $119 on eBay.

You could also get some money from your old tapes of Disney movies if they are Black Diamond editions, which were the original series of VHS tapes released between 1984 and 1994. Look for a black diamond with the phrase “The Classics” on the spine of the VHS clamshell case.

Here are a few that have appeared on eBay recently:

You might also have success selling a batch of Disney movies together, like this lot of 12 Disney VHS movies that sold for $21.